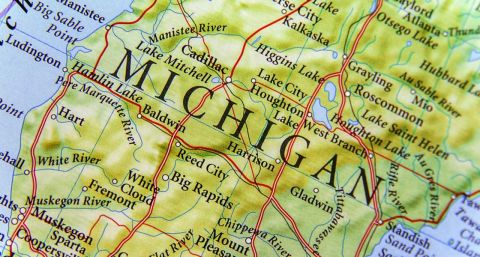 Confusion reigns over timelines to redraw Michigan County board maps

LANSING – Clerks for Michigan’s 83 counties are at odds with state election officials when it comes to drafting new districts for county commissions.

According to state law, counties have 60 days from the time the US Census Bureau publishes complete population counts to draw the maps of commission seats, before filing them with the county clerk for them to take effect.

But the Census Bureau’s schedule changes have caused county officials to insist the deadline is Oct. 11, while the state claims it’s Nov. 29.

As with state and federal offices, county districts are redrawn every 10 years after the release of population counts by the Census Bureau.

In most counties, county districts are appointed by an allocation committee made up of five officials: the county clerk, the treasurer, the attorney, and the county Democratic and Republican party chairmen.

In counties of over a million people – Wayne and Oakland – the Council of Commissioners is drawing the lines.

Distribution boards for counties missing their deadline to draw maps would lose authority to vote on their own proposals, says the law. Instead, they should choose a plan submitted to the panel by registered voters.

The confusion centers on the lagging timelines of the US Census Bureau, which released decennial population counts on August 12, but did so by releasing raw data.

The agency had promised to release a user-friendly version of the data by September 30, then modified the press release September 16.

Wimmer added that the Elections Office had released a tool for counties to draw maps and said they were allowed to start drafting the new lines “now if they wish.”

But the office told the clerks to consult their lawyers on the official date to follow.

The office also asked the Michigan attorney general’s office for a decision, Wimmer said. The office declined to comment on Bridge Michigan on Thursday.

Several attorneys consulted by counties – including Ingham and Livingston – and the Michigan Association of County Clerks argue that the state’s timeline is flawed and that counties must approve districts by Oct. 11.

“The rationale for the office is not entirely clear,” Grand Rapids-based law firm Warner Norcross and Judd told the Association of Clerks, according to an opinion obtained by Bridge Michigan.

Barb Byrum, the Ingham County clerk, told Bridge Michigan it was not clear why the Elections Office had a different schedule.

The Democrat added that her county lawyer also said the deadline has already started.

“The lawyer is of the opinion that the deadline for drawing these maps is October 11, unless the allocation commission wants the public to draw the map,” Byrum told Bridge Michigan.

The question of what is considered complete data from the US Census Bureau has also caused problems for the Michigan Independent Citizens Redistricting Commission.

The panel, established in 2018 with voter approval, began drawing the state’s legislative districts using data as of August 12. However, they said they would use the user-friendly version to verify their work.

The group, which had a constitutional deadline of September 17 for the first political maps to be ready for public scrutiny, has already said delays in releasing the data will likely cause them to miss.