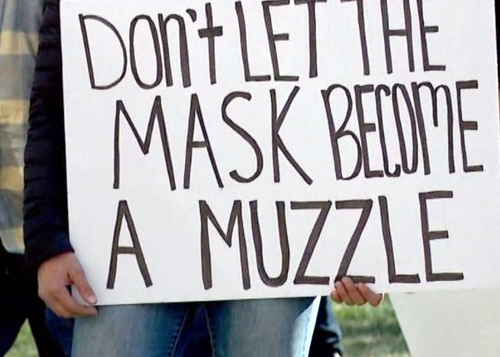 If the actions of Michigan’s various county-level councils are any indication, Covid-19 will find a comfortable home in the state for some time to come. After complaining about too much top-down governance at the start of the pandemic, the easing of restrictions left county and school officials in charge of the Covid response, and the results were, to say the least. mixed.

Bridge Michigan examines how commissioners, school boards and others fall victim not only to local activism, but also to the differing political stripes of those who serve:

Elsewhere on Wednesday, Kalamazoo and Allegan county health departments became the second and third in Michigan to require masks for all K-6 students, as protesters gathered in the first county to do so – Genesee – demanding that local authorities rescind the policy.

Grand Traverse, the story notes, is the second most vaccinated county in the state, but still passed a resolution that bans mandatory vaccinations for government employees as well as:

…discouraging private employers from adopting any policies that would “impede medical autonomy”.

Passed by a majority of the GOP in a 5-1 vote, the resolution also sought to undermine potential mask mandates by prohibiting the county from questioning “any request by a citizen to be exempted from wearing a mask. a face mask or other similarly mandated preventative activity.”

And in the future, according to the resolution, the Grand Traverse County Health Department must include a disclaimer on any material referring to vaccinations, directing residents to “discuss the risks and benefits” with a trusted healthcare professional.

Additionally, commissioners directed staff to send the resolution to “all other 3,005 counties in the United States,” with no stated reason. Critics cited the decision as proof that the concerns are not about public health but about conservative politics.

Grand Traverse County is where Commissioner Ron Clous responded to a Citizen Statement during a Zoom meeting by holding his AR-15 rifle up to his computer camera. Neighboring Leelanau County is where a road commissioner was forced to resign after dropping a racial slur at a meeting around this time last year; he said he didn’t need to wear a mask because Covid-19 was “because of them n—–s in Detroit”.

So it’s fair to say that rural governance in northern Michigan is unlikely to get citations from the Centers for Disease Control and Prevention.