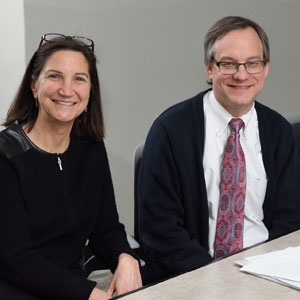 This week I had the pleasure of attending a first meeting of Henry Ford’s Primary Care Research Institute (PCRI). An august group of researchers, primary care leaders and Henry Ford Chairs, including our own chair, Rick Leach, MD, came together to think about how to do more research on primary care issues. Addressing research questions in a primary care setting requires a multidisciplinary team capable of managing the social determinants of health, managing multiple clinical partners, analyzing data, and providing medical care. A great example of this type of work is Dr. Ade Olomu’s Office-GAP (Office Guidelines Applied in Practice) program. In her NIH funded work, Dr. Olomu creates and tests systems of care to improve the health of patients with diabetes and cardiovascular disease. I am excited about the possibilities of PCRI as MSU and Henry Ford work together more closely.

Some of the most common questions in primary care research revolve around who is at risk for poor outcomes and algorithm-based care. It can make great sense to use predefined formulas and rules to screen for disease risk or treatment benefit in populations, in order to target communication to those most likely to benefit from diagnostic or treatment interventions. . Sounds good until you discover that some of our data and formulas suffer from systemic bias. The biggest concern comes from “race-based normalization,” which at best tries to statistically adjust to past societal racism, but it only “normalizes” racism statistically. Nobody wants that to happen. It may even seem like an obviously good idea to just drop the rules from the data; but data has no wisdom, and data does not know which people it is missing.

Each week during Black History Month, I try to highlight our work and suggest a topic that might spark some curiosity. This week I was thinking about the work of Duke surgeon Lisa McElroy, MD, (CHM ’09) and his study how abdominal transplant rules systematically disadvantage minority populations. These rules may seem reasonable, but they really change access to healthcare in a way that is a form of racial normalization.

Many of the problems with racial normalization become evident in various types of performance testing, as evidenced by the NFL Concussion Rules debacle. There is a long history of the use of race in calculations of medical risk, even though race is a social construct rather than a biological one. When people self-report their race in a study, they usually follow the social construction of race rather than some biological understanding of genetics. And many of these studies lack adequate representation of black and other minority populations.

the NEJM has a useful table which summarizes problematic “racial corrections” in clinical rules and calculations. Each calculation has a clear fairness concern. For example, the kidney function calculation has modifier terms for gender and race and both have been updated (and reduced) with better population representation. And, it could still be that these modifiers significantly delay diagnosis or limit access to care for black people. The table is quite interesting to read.

At an important level, this is about how we ask questions. Asking questions about race is not the same as asking about genetics or family history. As a thought experiment, imagine that you choose not to ask questions about race, but rather to ask if someone is exposed to racism. Wouldn’t that change how we think about how social constructs are incorporated into these calculations? As a profession, we have a lot of work to do to make sure we don’t embed bias and racism into our clinical calculations and prediction rules.

But wait, there’s more! I encourage you to watch WOOD TV8 “To be black in a white coata wonderful piece that talks about our college’s initiatives to increase diversity in medicine. The three women featured are at different stages of their careers and include Dr. Wanda Lipscomb, Dr. Candace Smith-King (CHM ’03) and resident Dr. Elexus-Ember Carroll.

I don’t think most of us would have predicted that in two years of pandemic excess mortality would include 1,000,000 Americans. From 2019 to 2020, there was an almost 20% increase in the number of Americans who died, from 2.8 million to 3.3 million deaths per year. Most of these people died as a direct result of COVID-19, but many died from other causes compounded by the disruptions and displacements of the pandemic. Add to this million the largest number of people whose lives have been irreversibly changed by a serious illness. It’s as many bereaved families, friends, neighbors. And these are our families, our friends and our neighbours.

During the pandemic years, members of the College of Human Medicine assumed the roles of the entire COVD-19 response. Our faculty, staff, and students across the state cared for the sick and their families; they organized community vaccinations, blood drives and food deliveries; they created tests and tested vaccines; and they have trained the workforce we desperately need to do a better job in the future.

Since the 1980s, I don’t think there’s been anyone in college who has done more to train the doctors of tomorrow than Dianne Wagner, MD. For several decades, Dr. Wagner treated thousands of patients and was recognized by his colleagues as one of the best internists in town. She has led clinical skills, graduate medical education, undergraduate medical education, problem-based learning, college-wide assessment, and the only citywide medical safety program that Lansing ever had. She was a national leader in medical education, served as our senior associate dean for academic affairs, implemented our new curriculum, helped create the first standardized patient programs in the country, and played a key role in the training of about 4,000 doctors – that’s more than half of the college alumni.

Dianne has announced her retirement date of June 1, 2022 and she deserves to do whatever she wants to do. I met Dianne in late 1999 at a Division of General Internal Medicine retreat held at her home and, if I remember correctly, the first thing I did was insult the edge of his knives. Since that inauspicious start, we have spent nearly 20 years as clinic buddies practicing medicine alongside each other, asking questions, discussing our lives, discussing medical education and to take us to see our patients’ rashes for a second opinion. For those of you who have had a clinic mate, you will understand this partnership; and for the rest of you, I hope you manage to have that kind of trusting relationship with a colleague. I could go on and on but most of you already know her, her exceptional sense of humor and wit, her ability to write a song to celebrate any occasion, her intelligence and grounded approach principles to meet any challenge. She won’t be going anywhere for a while, but our college will have to make some more short-term decisions. In the meantime, congratulate and thank her for all she has done for patients, the college and the profession – in service to people.

Serve people with you, Dianne,

Can you get a payday loan with a credit score of 550?