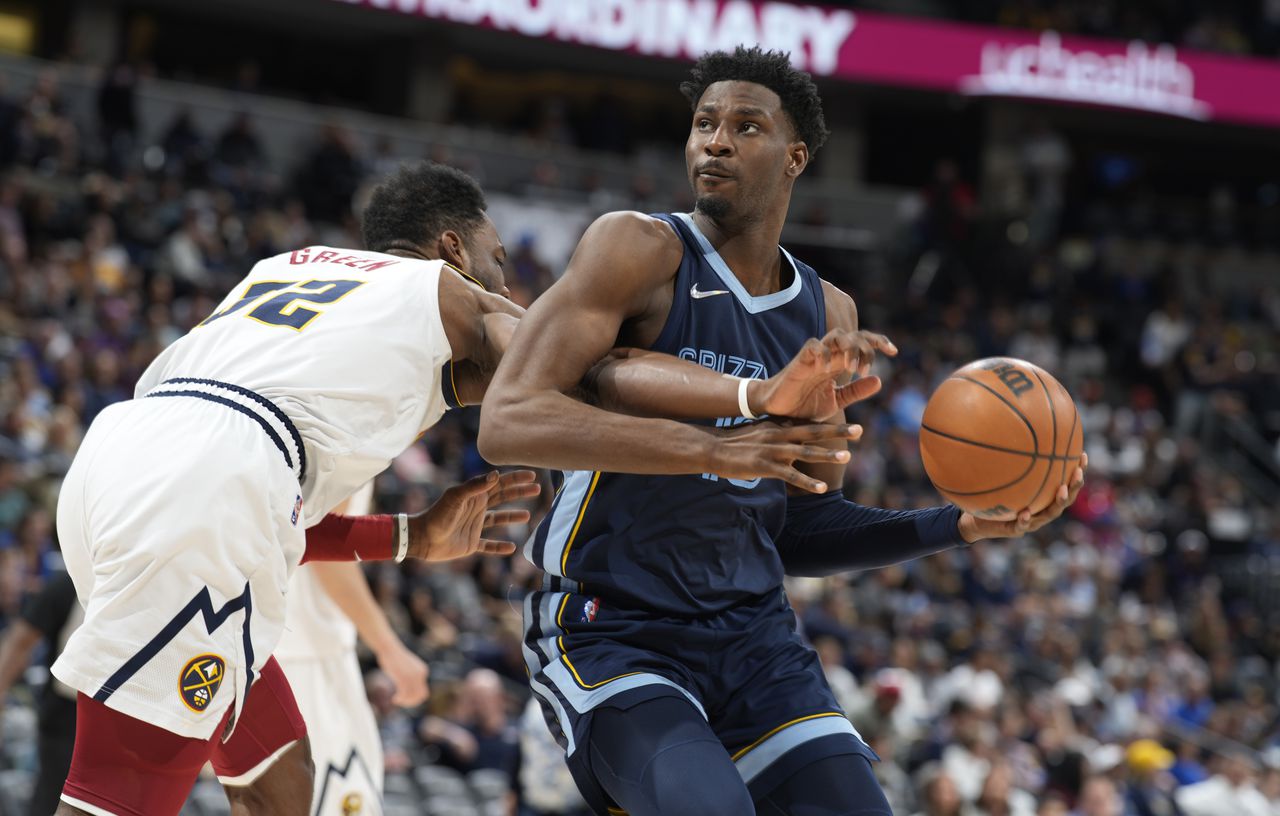 The NBA concluded its regular season on Sunday and will begin its play-in tournament on Tuesday, with the full playoffs set to begin later in the week.

Five former Michigan State players will be in action, including two who will face off in the first round.

Meanwhile, another former Spartan will be competing for a title on another level of professional hoops:

Bridges had a breakout fourth season in the NBA as he increased his average by more than seven points per game to 20.2 and averaged a career-best 20.2 points per game. He did it shooting 59% from the field and 80% from the free throw line.

The Hornets are in the qualifying tournament for the second straight year after falling to the Pacers last year. They open this year’s tournament as the No. 10 seed in the East with a game Wednesday against the Hawks.

Bridges is expected to become a restricted free agent this summer.

After winning the 2021 NBA Championship with the Bucks, Forbes signed with the Spurs to join the franchise he started his NBA career with. Mid-season, however, he was traded to the Nuggets, making him the NBA’s third team in less than a year.

In 75 games with both franchises, Forbes averaged 8.8 points per game while shooting 41.4 percent from 3-point range in 17.1 minutes.

Forbes and the Nuggets are the No. 6 seed in the Western Conference playoffs and will open against the Golden State Warriors.

Green has been limited to 46 games due to injury, his lowest total in an NBA season (not including the shortened 2019-20 campaign). He averaged 7.5 points, 7.0 assists, and 7.3 rebounds per game.

The Warriors won the No. 3 seed in the Western Conference playoffs and will open against the Nuggets.

Harris is expected to be a free agent this summer after completing the final season of a four-year, $80 million contract. This season was his first full with the Magic after being traded midway through the 2020-21 season.

Jackson finished a healthy fourth season in the league in which he averaged 16.3 points and 5.8 rebounds per game. His 177 blocks led the NBA and set a new franchise single-season record.

Jackson’s play helped the Grizzles grab the No. 2 seed in the Western Conference playoffs. They will open with the Clippers or the Timberwolves.

An extension signed last fall will keep Jackson with the Grizzlies until 2025-26.

Tillman averaged 4.8 points and 3.0 rebounds per game in his second NBA season, playing 13.2 minutes per game in 53 games. Tillman has one year left, plus a team option, on his rookie contract.

Henry made the NBA in his rookie season after leaving Michigan State, appearing in six games for the 76ers after going undrafted.

He spent much more time in the G-League, where he averaged 13.2 points, 4.6 rebounds and 2.4 assists per game in 31 games for the Delaware Blue Coats.

Henry recorded 23 points, 9 assists and 8 rebounds on Sunday as he helped the Blue Coats win the Eastern Conference title game and advance to the G-League Finals, a three-game series. matches starting Tuesday.

Valentine started the season with the Cavaliers but only played 22 games. He then spent two games with the Utah Jazz and averaged 2.9 points per game in his fifth NBA season.

Valentine went on to play 12 games for the Maine Celtics of the G-League, in which he averaged 14.8 points, 7.2 assists, and 10.3 rebounds per game.

Cassius Winston, go-go of the capital

Winston entered the court for seven NBA games in his second professional season, averaging 2.0 points per game with the Wizards. He also spent 26 games in the G-League, where he averaged 12.7 points per game in 17.7 minutes while shooting just under 40% from 3 points.