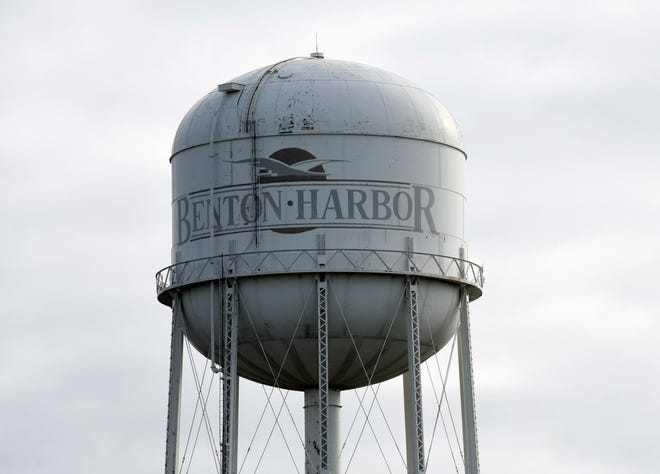 In a petition filed Thursday with the U.S. Environmental Protection Agency, about 20 organizations said local and state officials had not responded adequately or quickly enough since the contamination was discovered there. is three years old.

â€œThere is an urgent need for the EPA to step in to provide this community with access to water that will not harm our health, especially the health of our children,â€ said Reverend Edward Pinkney, President of Benton Harbor Community Water Council.

EPA spokesman Tim Carroll said on Friday the agency “is looking carefully at the issues and concerns” raised in the petition.

“We are closely monitoring lead health issues in Benton Harbor,” Carroll said, adding that the town was among 10 communities that have participated in discussions with the EPA as it reviews changes to federal regulations. on lead and copper brought in by the Trump administration.

The petition was filed a day after Michigan Governor Gretchen Whitmer called for spending $ 20 million at Benton Harbor to replace nearly 6,000 service lines – most suspected of containing lead – within five years. .

The funding would be part of a $ 200 million expansion project of a $ 500 million initiative announced last year by Whitmer to upgrade water and sewage infrastructure in a state where Flint , another predominantly black city, became a national symbol for lead-contaminated water in 2014.

The Michigan Department of the Environment, Great Lakes and Energy “is working diligently” with Benton Harbor to reduce lead contamination, spokesman Scott Dean said on Friday. Free water filters have been available there since 2019, he said.

At the state’s request, Benton Harbor has doubled the number of homes where water is sampled and tested more frequently, Dean said.

Repeated measurements in recent years have detected lead levels well above 15 parts per billion, the federal threshold for taking action, according to the petition.

He says city and state actions, including corrosion control measures, have been poorly implemented and ineffective. Too few local residents are aware of water issues, he says, and information on how to get and use the free filters is scarce.

The petition calls on the EPA to take various actions: emergency advising Benton Harbor customers not to drink unfiltered municipal water; alternative sources of free drinking water, such as bottled water or mobile tanks; and home delivery of filters with instructions on their use.

“It is a simple matter of law and justice that the people of Benton Harbor deserve safe drinking water, regardless of their race or income,” said Nick Leonard, executive director of the Great Lakes Environmental Law Center.

The petition contends that the situation in Benton Harbor could be worse than that in Clarksburg, West Virginia, where the EPA issued an emergency order in July due to the high lead content in the water.

â€œWe note that Clarksburg has a 92% white population, while Benton Harbor has a population of around 90% colored,â€ the petition states.

New Michigan City Trail, a major link between Chicago and Michigan, is open