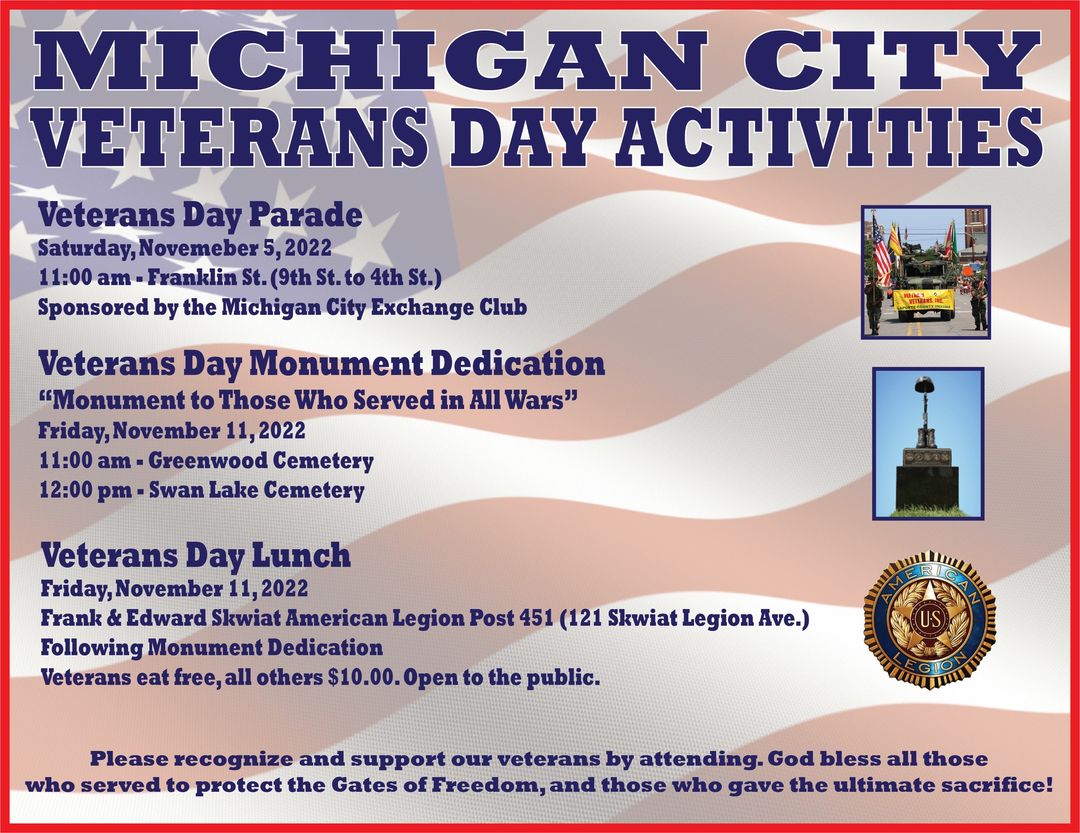 The lineup for the 2022 Veterans Day Parade, sponsored by the Michigan City Exchange Club, has been announced.

The parade on Saturday, November 5 will begin at 11:00 a.m. and proceed through the Uptown Arts District, moving north along Franklin Street from 9th to 4th Street.

Programming of the parade of veterans:

Other Veterans Day activities can be found on the flyer above this article.