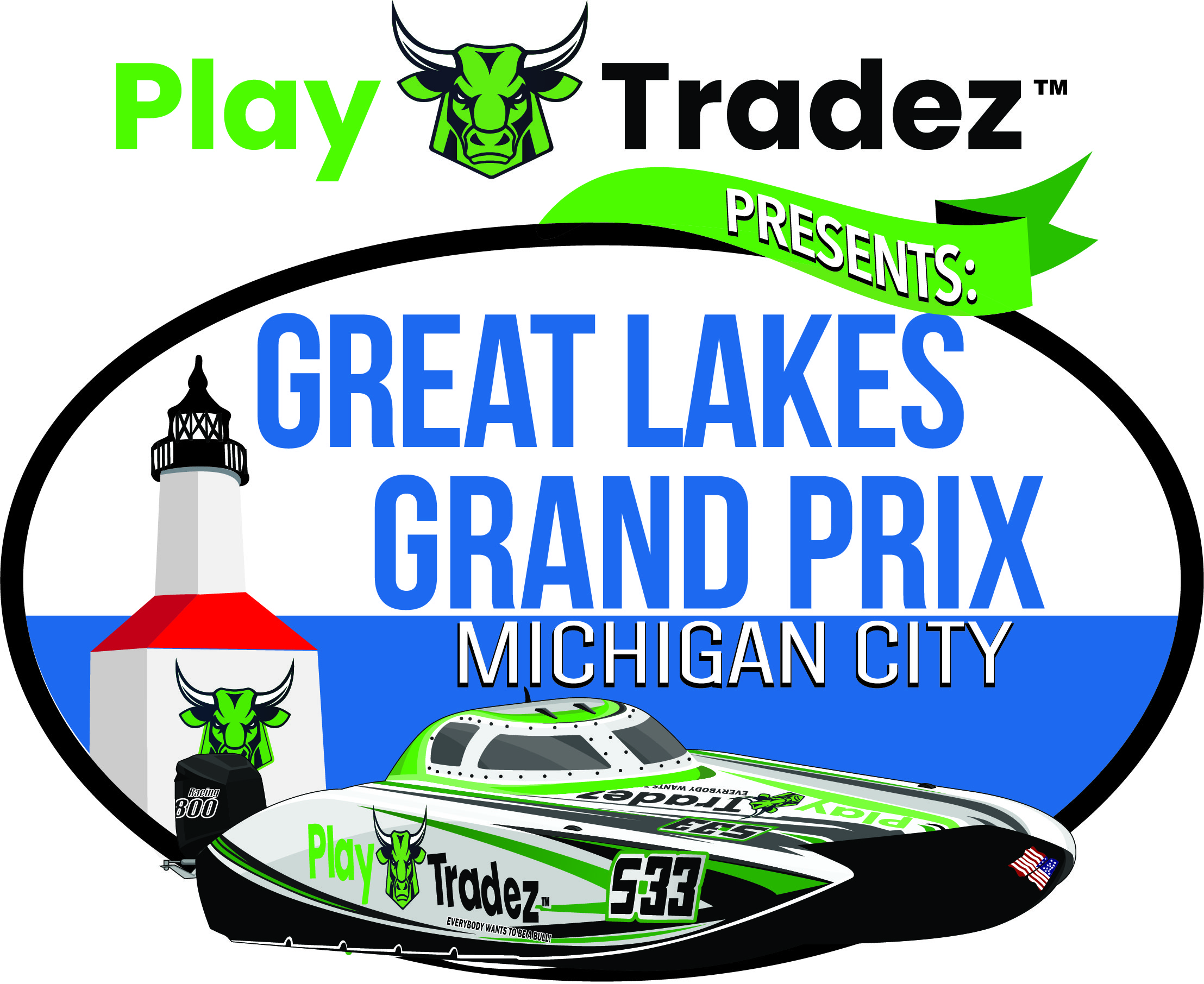 The award-winning 13th annual Great Lakes Grand Prix, featuring some of the fastest and most thrilling powerboat races in the world, will return Aug. 3-7 to Michigan City’s Washington Park, it was announced earlier this week Jack L. Arnett, CEO of the LaPorte County Convention and Visitors Bureau.

The event will again feature teams from all seven continents plying the waters of Lake Michigan in some of the fastest powerboats in the world, reaching speeds approaching 175 miles per hour. Along with the boat races, Arnett announced other weekend highlights – the Boat Parade and Downtown Block Party on Saturday night and the Taste of Michigan City on Friday and Saturday. Throughout the weekend, patrons enjoy strolling through Washington Park and chatting with owners, riders, and team members. Live entertainment, food and souvenir vendors, and family activities add to the fun.

The races are a stop on the annual Offshore Powerboat Association (OPA) racing circuit, in which powerboat crews battle for national and world championships. In addition to the OPA’s involvement, Arnett also announced a new sponsor. “We are especially pleased to announce that Play Tradez is our 2022 title sponsor,” Arnett said. Play Tradez is a New York-based trading company that shares its algorithmic formulas and trading strategies with its subscribers through its registered investment advisers, he added.

“The integration of Play Tradez adds a new level of exposure to the race and certainly gives Play Tradez the opportunity to expand its brand across the country as our race continues to dominate the circuit in popularity,” Arnett said.

Organizers are gearing up for a full program in addition to the races and parade that includes Washington Park beach parties with live music, a vintage car show, a bag tournament and a golf outing. Guests are encouraged to take advantage of free parking on Saturdays and Sundays at Ames Field, 2501 Franklin St. with shuttle service provided. Additional parking will be available at 1501 Wabash St. (the former St. Anthony’s Hospital parking lot). Several VIP events, including an opening night at the Sunset Grille on Thursday and a brunch Saturday and Sunday at the VIP tent on the Washington Park Boardwalk are planned. VIP tickets are in high demand, Arnett said, so extra tickets have been added.

Michigan City Mayor Duane Parry expressed excitement about the annual event, saying, “The Great Lakes Grand Prix is ​​such an important part of our special events calendar. Our community encompasses our offshore powerboat friends, and I personally enjoy visiting all the teams.

“We celebrate the positive impact of this event on our local economy. Parry added.

A report by the CVB shows the Grand Prix definitely continues to be an economic boom for Michigan City, with last year’s event setting a new attendance and revenue record. Out-of-town visitors contributed nearly $17.7 million to LaPorte County’s economy in 2021, compared to $13.6 million for the 2019 event, according to the report, prepared for LaPorte County CVB by Certec Inc., a marketing analytics group based in Lexington, Kentucky. (The Grand Prix did not take place in 2020, due to the Covid-19 pandemic.) Additionally, local residents spent a total of $675,164 at the event.

Out-of-town visitors came from 12 different states, with about a third visiting for the first time. Their spending generated $46 million in tax revenue, of which $915,300 went to local government. The jobs generated by the Grand Prix provided more than $3.9 million in wages to LaPorte County workers. Food, beverages, shopping and transportation accounted for 75% of expenses.

The report notes that tourism is a key part of LaPorte County’s economy and Grand Prix visitors enjoyed their time here by visiting destinations such as the Blue Chip Casino Hotel & Spa, Washington Park Zoo , wineries, breweries, museums. , and beaches.

VIP Grand Prix tickets can be purchased at www.eventbrite.com/great-lakes-grand-prix-tickets.