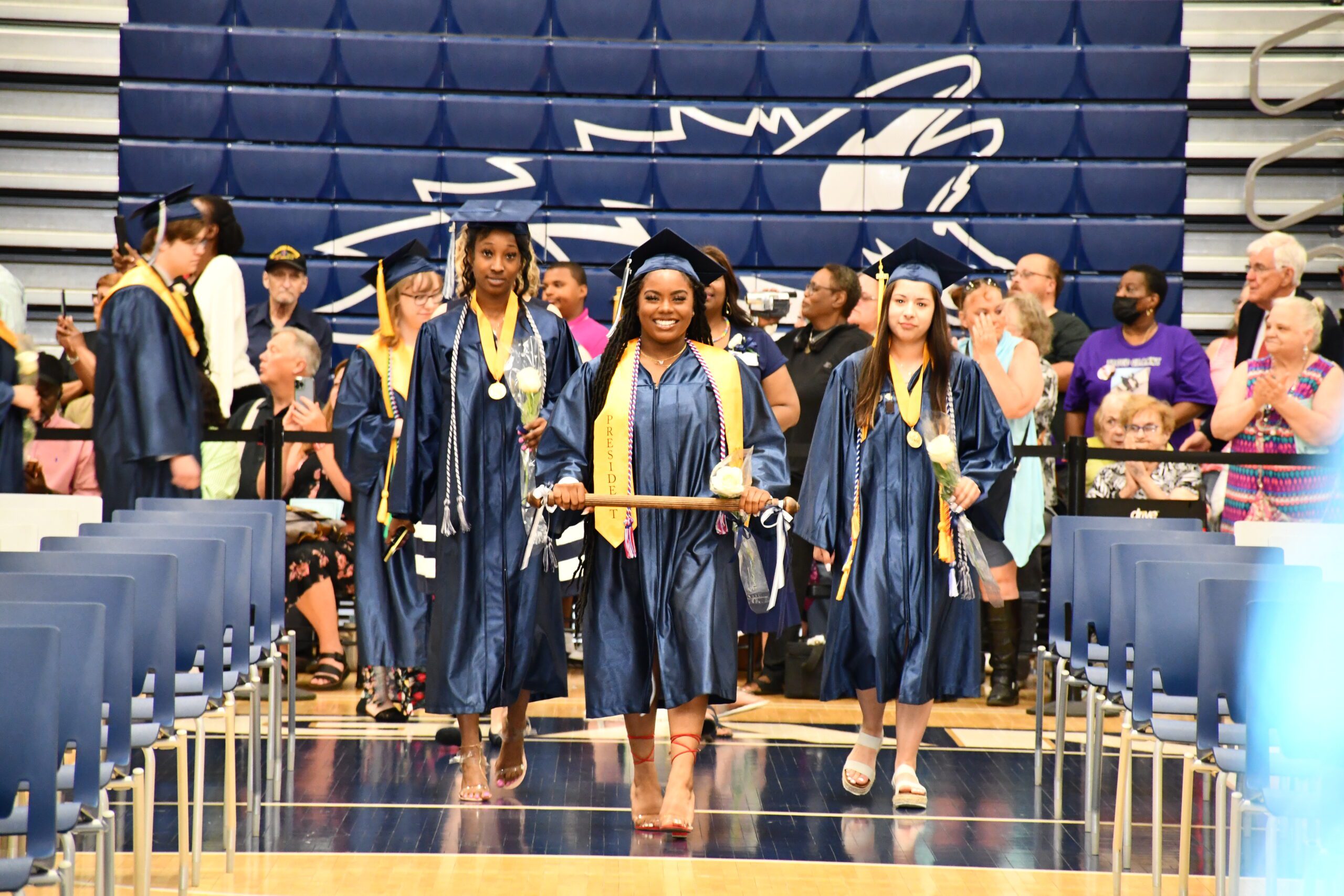 Michigan City Area Schools Superintendent Barbara Eason-Watkins told the graduates that they are shining examples of what it means to be Michigan City Wolves. She used the word “resilient” to describe this promotion, referring to the disruption caused by the COVID-19 pandemic over the past few years.

Alyssa Shaia, student council president who spoke at the ceremony, used another word to describe her promotion: relentless. “To aim for the top takes fearlessness, individuality and, most importantly, doggedness,” she said.

Shaia said that as a freshman, she told her counselor that her goal was to be at the top of her class and speak at graduation one day. “Here I am today, having done both. When you know what you want, there is – and there should be – no one who can stop you…. Greatness does not favor the exceptional; greatness favors the implacable,” she told fellow graduates.

Class President Samiyyah Agee also spoke at the opening ceremony, reflecting on the graduates’ journey through high school. “We came together as one. We bonded over those four years — we made friends, we made memories, and we built each other’s character,” she said. “Today we celebrate the end of this four year journey that we shared…. We will go our separate ways and begin to follow our own paths, but we will always have the incredible memories we made with each other in Michigan. City High School.

Athletes in the Class of 2022 were on sectional championship teams in women’s golf, volleyball, and a regional championship football team. Of the graduates, seven athletes were named Conference All-Duneland, and one was DAC MVP.

The Class of 2022 at MCHS receives more than $5.6 million in college and athletic scholarships, not including the Promise Scholarship, which many students will receive; eight will continue to serve in the United States Armed Forces.