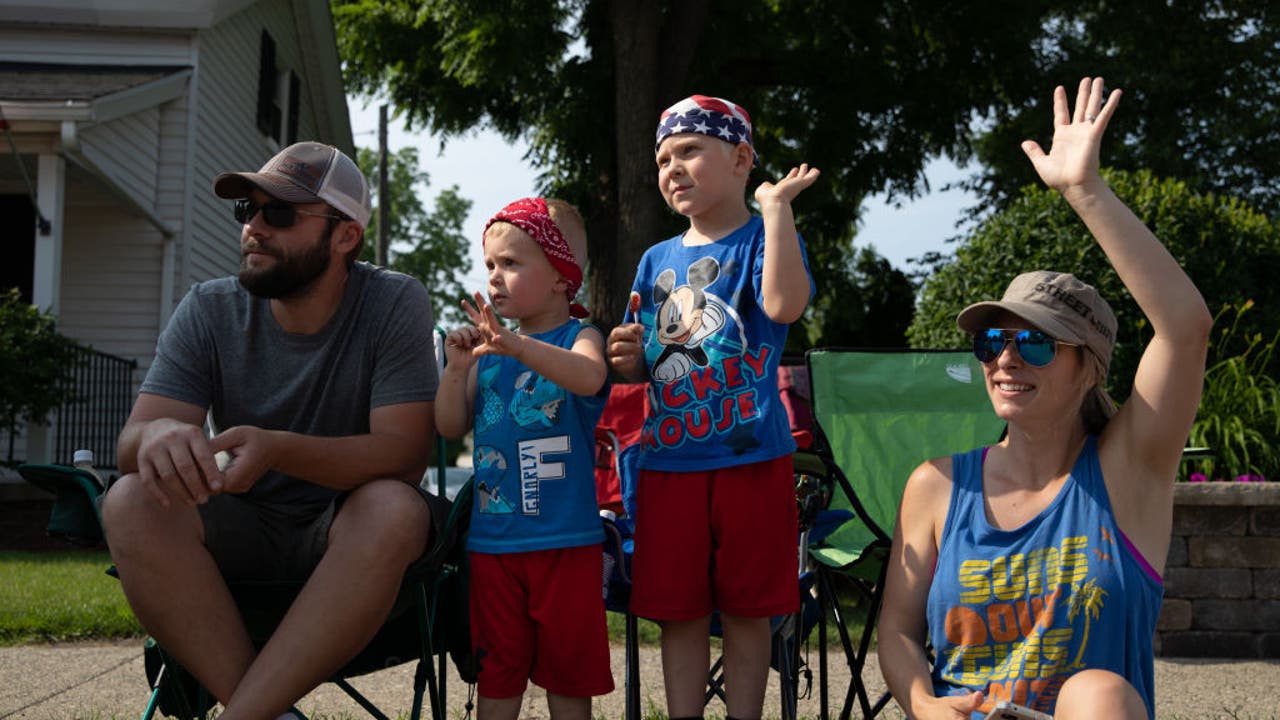 A family watches and waves during an Independence Day parade as people gather to watch from the side of the street on July 4, 2021 in Brighton, Michigan. (Photo by Emily Elconin/Getty Images)

ANN ARBOR, Mich. (FOX 2) – On Wednesday, two towns in southeast Michigan were named to the first list of the 25 Best Places to Live for Families, a new list compiled by Fortune Well.

The list, which highlights areas of the United States where multigenerational families are most likely to have access to essential resources, community support and financial well-being.

Nationwide, Ann Arbor has been ranked among the best places to live for families, beating out Wylie, Texas and Olathe, Kansas for the top spot. But AA wasn’t the only one in the top ten.

Novi was ranked 10th best, the only other Michigan city in the top 25.

Fortune Well said these are the best cities for Americans raising children under 18 while caring for aging parents to some degree. This is called a “sandwich generation” and is the target population of the rankings.

Fortune found that seven in 10 Americans with at least one living parent say they expect to regularly help their aging parents in the future, with 88% of millennials planning to care for their baby boomer parents.

Fortune used data from Caring.com, CVS, Healthgrades, Sharecare, ad Witlytic to assess nearly 2,000 cities, towns, suburbs, suburbs, villages and townships that had between 25,000 and 750,000 residents in all 50 US states.

Communities in the West, Midwest, and Mid-Atlantic were more likely to have better access to quality hospitals and doctors, strong public schools, and support for older residents compared to south and southeast. It’s also more affordable than in coastal areas like New York and Los Angeles.

To ensure the top cities were affordable, Fortune eliminated areas with home sales prices more than twice the state median or 2.75 times the national average.

Fortune also wanted to highlight diverse neighborhoods and reduce areas where more than 90% of its population was white.

There could also only be two cities per state in the top 25 to provide a wide range of options.