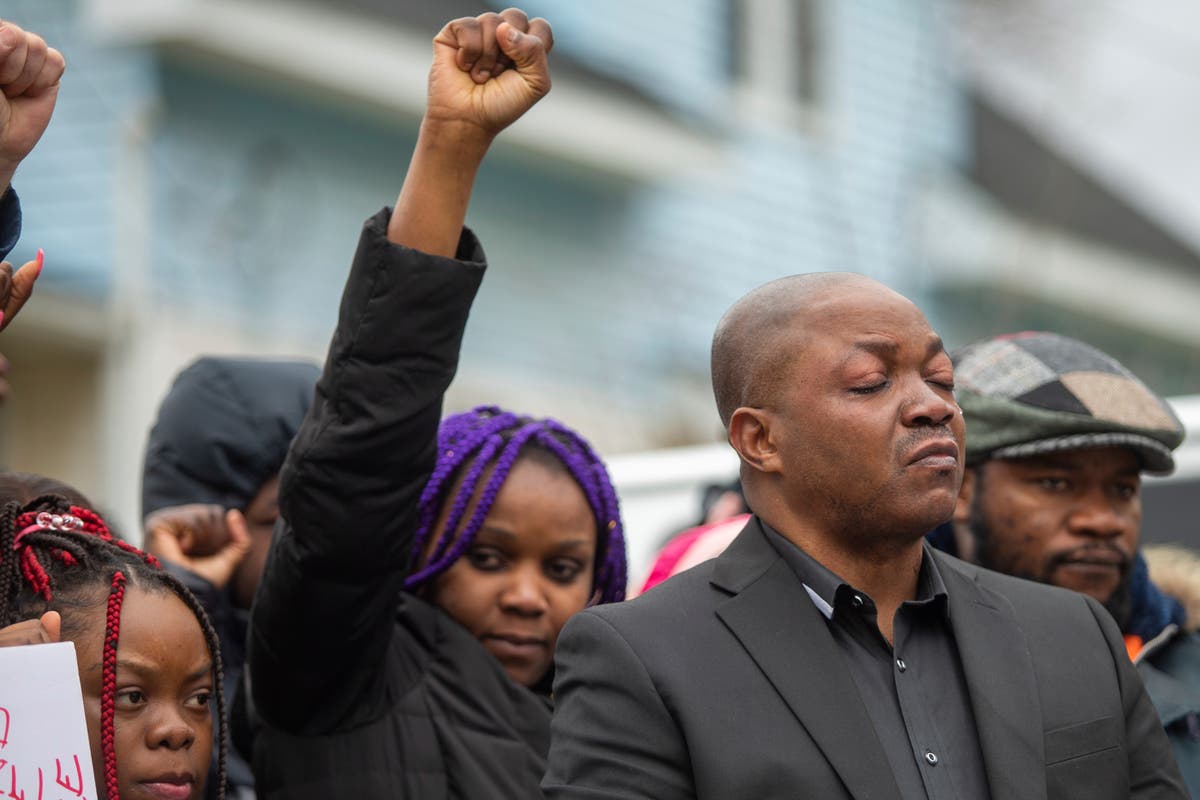 Michigan’s second-largest city’s new police chief is expected to release video of an officer’s fatal shooting of a black motorist on Wednesday.

Patrick Lyoya, 26, was shot on April 4. Police said he got into a fight with an officer after his car was stopped due to a problem with the license plate. No other details were disclosed. State police are investigating the shooting.

More than 100 people marched toward Grand Rapids City Hall ahead of a city commission meeting Tuesday night, chanting “Black lives matter” and “No justice, no peace.”

He said he would “provide additional context to the images” and explain next steps.

Kent County Chief Medical Examiner Dr Stephen Cohle said he completed the autopsy the day Lyoya died, but the toxicology results have not been made public. He said the full report would not be released until state police complete their investigation.