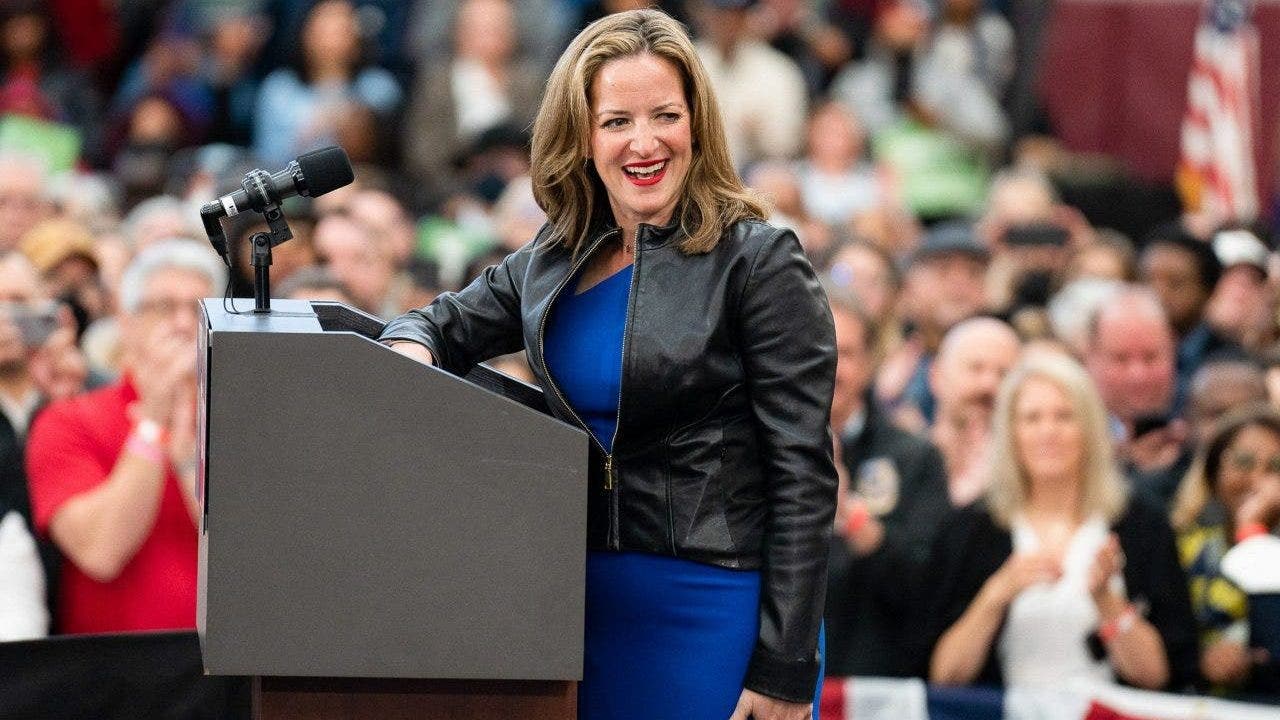 Michigan Secretary of State Jocelyn Benson spoke to Detroit radio station WDET on Monday about the election process, denouncing the employment of a Jan. 6 participant as a trainer for election officials.

Macomb County Clerk Anthony Forlini hired Genevieve Peters — a social media influencer who was present at both the Jan. 6 Capitol riot and a “Stop the Steal” protest outside Benson’s home — in May of this year to serve as a trainer for the worker survey.

Benson alluded to Peters specifically as a threat to the integrity of the election in his Monday interview with WDET.

Michigan Secretary of State Jocelyn Benson speaks at the Get Out the Vote rally in Detroit, October 29, 2022.
(Dominick Sokotoff/SOPA Images/LightRocket via Getty Images)

“I think it’s alarming, and scary, the decision the clerk has made,” Benson said in the interview. “Primarily because we know how important it is to protect the process from those who might seek to interfere or disrupt it.”

Republican nominee for Secretary of State Kristina Karamo waves to the crowd before speaking at a Save America rally on October 1, 2022 in Warren, Michigan.
(Emily Elconin/Getty Images)

Karamo recently lost a lawsuit that sought to prevent Detroit’s mail-in ballots from being counted in the midterm elections.

The Republican challenger sought to block ballots on the grounds that Detroit is too corrupt and compromised to be trusted to count ballots accurately. A judge dismissed the lawsuit for lack of evidence.

The Secretary of State also took the opportunity of the interview on Monday to warn of increased security and federal law enforcement, saying, “We hope for the best and expect the best, but we will have people across the state, including local state and federal law enforcement to enforce the law if anyone, at any point in any stage of the process, steps out of line, intimidates voters or attempts to interfere or disrupt elections.”

In this screenshot from the DNCC’s live stream of the 2020 Democratic National Convention, Michigan Secretary of State Jocelyn Benson addresses the virtual convention on August 20, 2020.
(DNCC via Getty Images)

Benson claimed during the WDET interview that outside influencers will “definitely” try to disrupt the process.

“There will certainly be efforts to interfere with the smooth running of this process, but we have more than 50 people on the ground – a number of others, ready to go – to intervene immediately in the event of an attempt to disrupt the process. so voters can feel safe and know that their voice and their vote are protected,” Benson told WDET.

Timothy Nerozzi is a staff writer for Fox News Digital. You can follow him on Twitter @timothynerozzi and email him at [email protected]

Michigan County Poll Clerks Are Sure Your Vote Will Count