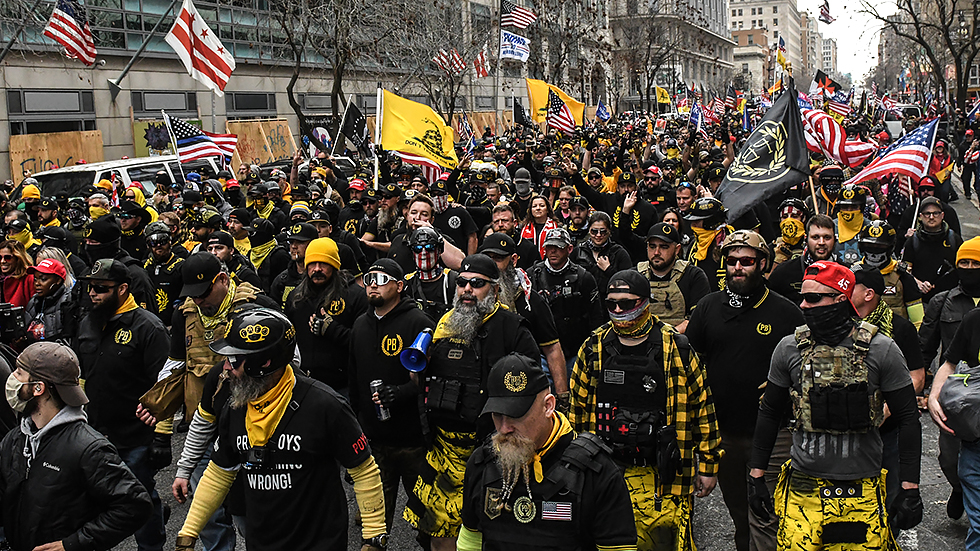 An official with Michigan’s Grand Traverse County Board of Commissioners flashed a gun during a live town hall meeting on Wednesday after a local resident called on the group to condemn the Proud Boys, according to multiple reports.

During the virtual meeting, East Bay Township resident Keli MacIntosh asked the board of commissioners to make “some kind of public statement” denouncing the far-right group the Proud Boys, who had spoken to the council last year as it considered a gun rights proposal.

“I mean, you can say we don’t have [a] problem with Proud Boys in our area, but obviously there are Proud Boys problems all over the country that are causing problems,” MacIntosh said as Commission Chairman Ron Clous walked off screen, as shown a video published by the Washington Post.

MacIntosh went on to explain that while she’s not a gun owner, she can “certainly appreciate that people want their gun rights protected.”

As she speaks, Nails is shown stepping back into frame holding a gun.

MacIntosh goes on to say that groups like the Proud Boys were given permission “to do more with their guns than go hunting.”

MacIntosh told the Post that Nails’ actions scare him.

“He’s supposed to look out for the best interests of the community,” she said. “What is the message he is trying to convey? That if someone speaks against us, we will simply threaten them with a gun? »

Clous defended his actions before the Traverse City Record-Eagle.

“I was just going to show the gun and show that I fully support the Second Amendment, but I chose not to,” he said.

He went on to explain his interaction with the far-right group during the March meeting.

“The only thing I know about them is when they came to talk to us. It was probably the most respected people who stood up and spoke,” he said. “They were good guys and they treated us with respect.”

Commission Chairman Rob Hentschel, who can be seen laughing as Clous holds the gun, told the Record-Eagle he saw no harm in Clous’ actions.

“I saw it on his chest and thought it was ironic of him to do that,” Hentschel said. “The person was talking about guns and he had one on his chest. I haven’t seen him do anything illegal or dangerous with it. He wasn’t threatening or brandishing. He just held it.

Board member Betsy Coffia shared her disapproval of the incident in a statement to The Hill, saying it gave responsible gun owners a bad name.

“It is unacceptable for an elected official to respond to a female voter exercising her First Amendment right by brandishing a weapon in a public meeting,” she said.

She then criticized Hentschel’s reaction, saying, “It’s unacceptable that the president not only laughed approvingly, but also defended the actions.”

Penny Morris, a new board commissioner, called the incident “a snapshot of a moment”, adding that it “does not represent the incredible community we live in”.

Coffia said the most alarming part of the incident was that “both men are defending the Proud Boys despite the fact that the FBI considers them an extremist group linked to white nationalism.”

Hentschel, Clous and the rest of the board members did not immediately respond to The Hill’s request for comment.

The incident comes after the deadly January 6 riot in the United States Capitol, in which far-right activist groups were involved.