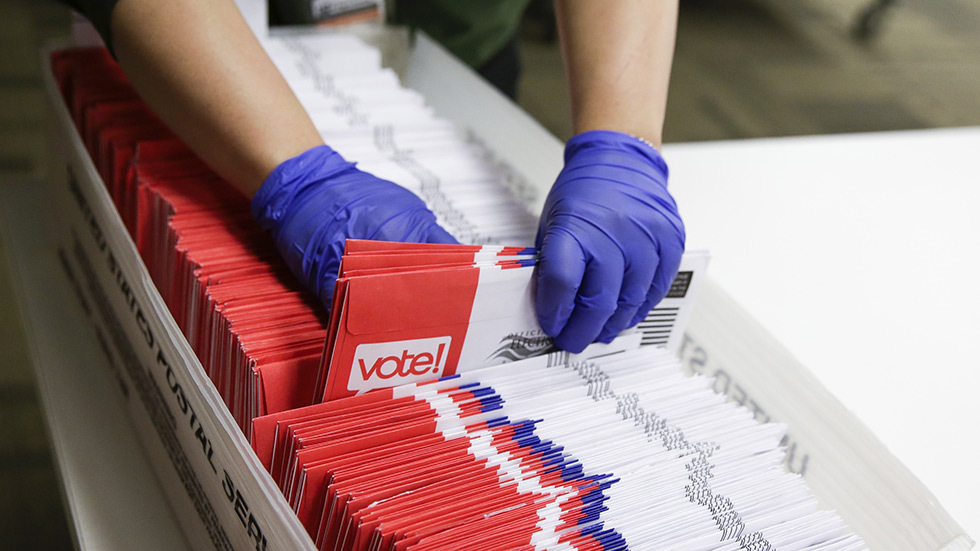 A Michigan county on Tuesday voted to seek a manual recount of the 2020 presidential election results, citing voters’ “concerns” and “questions” about the accuracy of the vote counts.

In a 4-3 decision, the The Cheboygan County Board of Commissioners voted to send a letter to Michigan’s Chief Electoral Officer formally requesting that the rural northern Michigan county “conduct a manual recount of the … presidential election ballots,” overseen by a “accredited electoral auditor”, according to the text of the letter included in the agenda of the meeting of the commission.

The request, signed by County Commission Chairman John Wallace, says comparing a manual recount of the ballots with the electronic voting results that were reported would reveal “whether the actual vote count for the presidential election in Cheboygan County was properly reported by the county’s Dominion vote tabulator and election system and software machine,” and thus, to state election officials.

The request is the latest in a series of GOP-led efforts in states to recount ballots based on unsubstantiated claims by former President Trump and his supporters that the election was riddled with fraud, including voting machines used by Dominion Voting Systems.

The allegations have been debunked by dozens of lawsuits dismissed by courts in several states, and President Biden’s election victory has been certified by local and state officials, as well as by Congress.

According to the Associated Press, Trump won Cheboygan County with 64% of the vote, although Biden emerged victorious in Michigan by 2.8 percentage points, or 154,000 votes.

Tuesday’s vote in Cheboygan County is now expected to go to the office of Michigan Secretary of State Jocelyn Benson (D), who said hundreds of audits conducted across the state have already shown that the election was fair and precise.

Tracy Wimmer, spokeswoman for Benson, told the AP the office would review the letter and respond to county commissioners.

A GOP state representative in Michigan on Tuesday introduced a bill proposing a statewide audit of the 2020 election results, a move that has been backed by conservative groups in the state. .

Others across the country have also sought to implement reviews similar to the one conducted in Arizona’s Maricopa County, which Democrats and election experts have accused of containing security flaws and unsubstantiated conspiracy theories. .