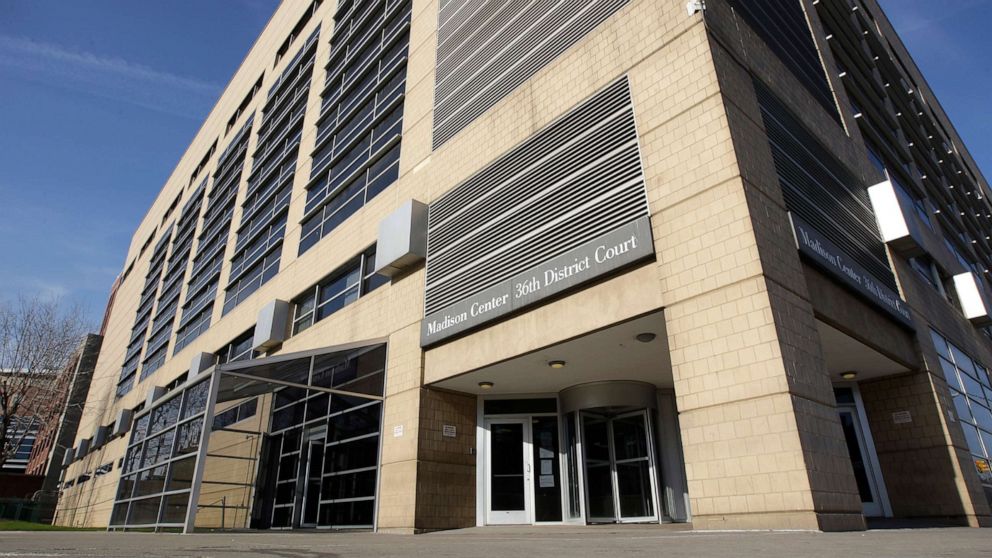 The American Civil Liberties Union of Michigan and The Bail Project have settled a class action lawsuit with Detroit’s 36th District Court, the largest in the state, to limit the use of cash bail in cases where the individual does not represent a danger to the community and is not a flight risk.

The deal would ensure people wouldn’t be jailed for not being able to afford cash bail, with the court limiting its use of cash bail so it ‘rarely’ results in someone being detained ‘a, the ACLU of Michigan said in a statement.

“Individuals will not be detained unless, after reviewing the evidence presented, a judge determines that releasing an individual would create an unmanageable flight risk or danger to the public,” according to the ACLU.

The settlement resolves a federal lawsuit filed in 2019 on behalf of seven black Detroit residents challenging the state’s bail system. In the lawsuit, they claimed that a person’s freedom depended on their ability to post bail and that the defendants’ right to counsel had been violated because those charged with a crime had not received bail. attorney at arraignment hearings when their bail had been set, according to the ACLU.

“It’s a big win that I’m extremely proud to be a part of. Now, thanks to this change, this historic agreement, thousands of us will be spared the hardship of being locked down just because we are poor. We succeeded in making Detroit’s criminal justice system more fair and just,” Starmanie Jackson, one of the plaintiffs, said in a statement.

Under the agreement, the court will have to review a defendant’s ability to pay bail and determine, on the record, how much he can afford to pay in any case where cash bail is imposed.

The use of cash bail to hold defendants pending trial results in the disproportionate detention of defendants of color, according to the ACLU.

“This is a great day for justice in Detroit and Michigan. Thousands of people in Detroit will no longer languish behind bars simply because they are too poor to pay for their release. The cash bail system has consequences devastating to communities, especially communities of color,” ACLU Michigan senior attorney Phil Mayor said in a statement.

Defendants on bail that is supposed to be “affordable” are entitled to a new bail hearing within 48 to 72 hours where they can challenge the decision to hold them, according to the agreement.

Anyone facing indictment in court will also have the right to a court-appointed attorney, unless they waive that right or hire a private attorney, as per the agreement.

The arraignment attorney will be required to complete a form outlining the defendant’s financial situation to ensure that they have the information necessary to make submissions on the individual’s ability to pay bail, in accordance with to agreement.

All court-appointed attorneys will be required to complete a four-hour training on how to handle a bail hearing, bail determination procedures and terms of settlement, as per the agreement.

McConico said he was “excitedly seeking the implementation of this settlement.”

The agreement stipulates that defendants who miss a hearing for most misdemeanor cases will have their hearings automatically postponed instead of a warrant being issued for their arrest the first time they miss a hearing.

While McConico said the court’s current release rates are somewhat close to those thresholds for traffic and misdemeanors, they are “far from the settlement agreement numbers” for felonies.

This agreement will last for two to five years. If the court successfully meets the release rates, the deal will expire in two years. But, it will be extended if the court misses release rates.

“I am proud that the 36th District Court, thanks in large part to the work of Judge Larry Williams, has worked together to create a fairer justice system. While other cities have taken a more hostile posture, we felt that “It was important to work together to find a solution,” McConico said in a statement.

Although McConico has not spoken to judges in other Michigan courts, he hopes the implementation of this agreement will encourage other courts in the state to implement similar cash bail policies.

“If we can do it in Detroit, you can do it anywhere in the state,” McConico said.

This Michigan Town Is Best For Hipsters