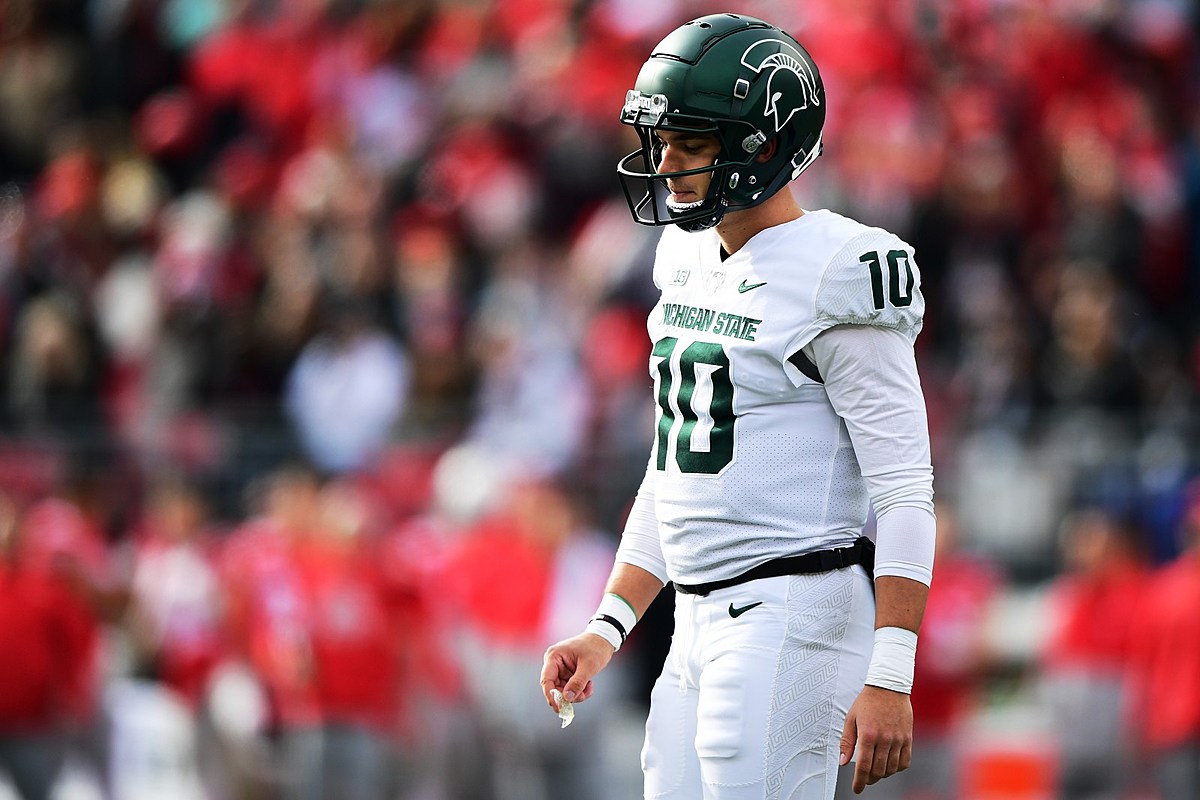 Well, the state of Michigan was punched in the mouth, kidneys, liver, solar plexuses and other areas by the state of Ohio last Saturday at Horseshoe 56-7. The loss officially eliminates the Spartans from the Big Ten East race with two losses in the conference. And that also removes them from any consideration for college football qualifiers (CFP).

Ok, so what does Michigan State have to play for now?

A BOWL SIX FOR THE NEW YEAR

With a win over Penn State next Saturday, MSU would finish 10-2 and possibly in the Top 10. That would also put them in high consideration for one of the Six New Years Bowls (Rose, Orange, Sugar, Fiesta, Cotton , and peach bowls).

The Cotton and Orange Bowls are the CFP’s semi-final games this season. So they don’t go.

The Rose Bowl is to take the Big Ten champion (as long as they’re not in the playoffs) and the Pac-12 champion (who won’t be in the playoffs this season). However, if Ohio State makes the CFP and the MSU is 10-2, the Spartans would be candidates for that game (as would a Michigan team 10-2, assuming they lose to Ohio State).

Many observers estimate in this scenario that the Rose Bowl would take Michigan 10-2 over MSU. This would move the Spartans to the Peach, Fiesta, or Sugar Bowls.

A 9-3 MSU team is probably out of the New Years Six Bowls. That would take them to the Florida Citrus Bowl (Orlando) or the Outback Bowl (Tampa) where they would play against an SEC team.

Iowa, if they beat Nebraska, would finish 10-2. Considering the fact that Iowa fans tend to travel well, they might find themselves in a higher bowl than State.

And there are those who believe the State could fall below 8-4 Penn State (if they beat MSU), 8-4 Purdue (assuming they beat Indiana), and maybe a team from the Wisconsin 9-4 (if they beat Minnesota but lose in the game for the Big Ten title) in the pecking order of the bowls.

OK, IF IT’S NOT CITRUS OR THE OUTBACK, WHAT’S NEXT?

The Las Vegas and Music City Bowls (Nashville) are next in line. A 9-3 Michigan State team wouldn’t fall below those two bowls. The Pinstripe Bowl is located below the Music City Bowl (New York City). State went there two years ago, they won’t be coming back to New York.

If MSU beats Penn State, their bowl improves a lot. If they lose, they could slip into the Music City Bowl in Nashville. It would be a big disappointment for a team that was 8-0 and in the top four after beating Michigan on October 30 at East Lansing.

Part of the appeal of the sport is its sense of tradition, and these Michigan traditions are something fans look forward to every year.