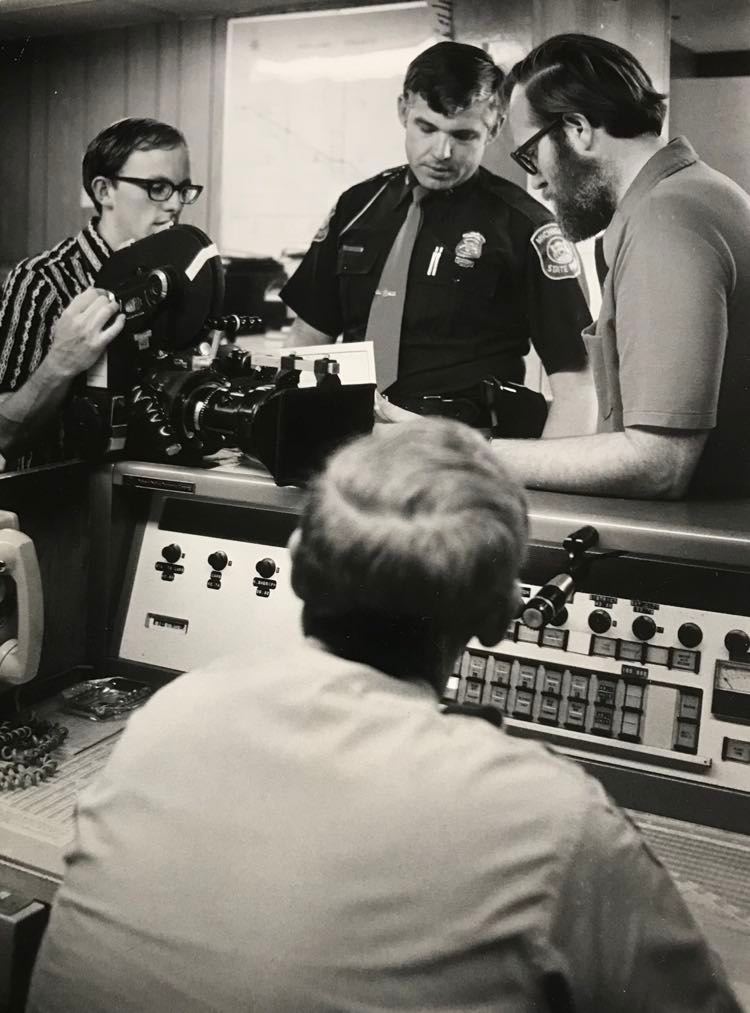 This is a carousel. Use the Next and Previous buttons to navigate

It was in the late 1960s that Auburn Police Chief Thomas Gillman wanted to make his community a safer place.

Gillman, 29, who had served the community for three years, adopted a German Shepherd to help track down burglary suspects. He sought professional training for his dog, Rex, from Private Raymond Brotebeck, a Michigan State Police dog handler at the Bay City Station.

Every Thursday, the two worked with their dogs — Brotebeck had a tracking dog, Bismarck — at the Gillman residence where the dogs practiced tracking, show jumping and other exercises, including “hunt and hold.”

According to a 1968 Midland Daily News article, German Shepherd dogs were donated to Michigan State Police by private individuals. They were males, on average 12 to 18 months old and weighing between 65 and 94 pounds.

The dog training kennels were at Houghton Lake, but much of the field training took place near Grayling. The dog was trained to locate missing or lost children, fugitives from justice or to find missing or stolen property.

Bismarck and Rex were instrumental in catching a 1968 burglary attempt at Auburn Bean and Grain.

Throwback is compiled by former Daily News editor Lori Qualls. She can be contacted at [email protected].