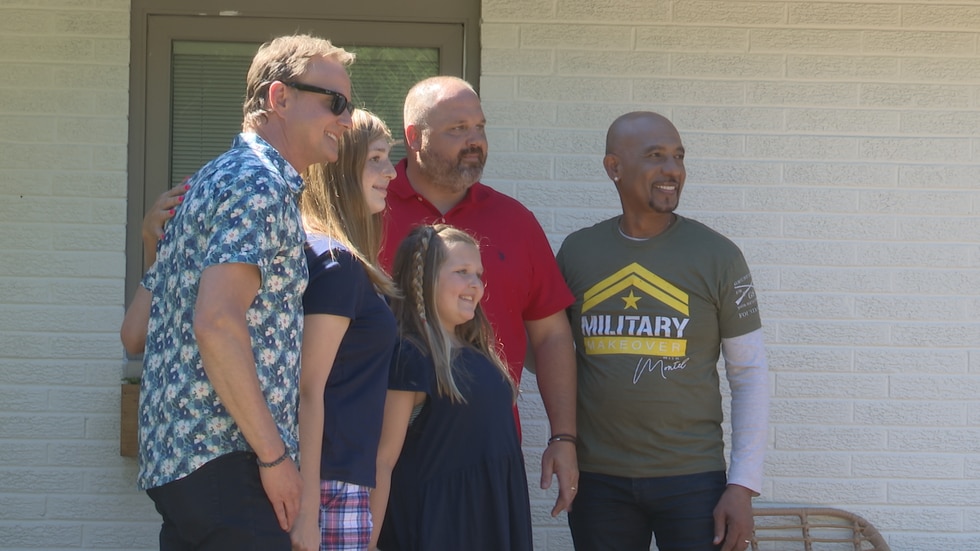 16 News Now was on hand for this jaw-dropping reveal where we learned why Montel is changing the lives of those who have served.

“Alongside the wedding, meeting her, having my children born, it’s up there,” said Renovation recipient Michael Stupar.

Stupar moved with his family during a 20-year career as a U.S. Army Staff Sergeant. The folks at Military Makeover thank him for his two decades of service to our country by facilitating his move into their home in Michigan City.

“The whole thing came out of a magazine – It blew our minds,” said Stupar’s wife, Crystal Stupar.

“The whole house is out of a magazine now. It’s definitely 21st century now, it’s not 61 anymore,” Stupar said.

This is the 31st time Military Makeover with Montel has completed a renovation like this for a military family. Montel Williams says he wants to make a difference in the lives of those who have served because he knows the sacrifices our service members make as a Marine Corps veteran himself.

This big reveal required a large production team and a big effort from local builders. Patrick Industries, headquartered in Elkhart, was a big reason why 4 months of work took only two weeks with this makeover.

“New roof, new paint inside and out, new kitchen, new bathrooms, kids rooms, new flooring. This will truly be a place the Stupar family deserves and where they can now start. the second part of their journey in a whole new environment,” said Art Edmonds, co-host of Military Makeover with Montel.

To continue to serve those who have served our country.

You might be wondering why we can’t see what it looks like inside? You’ll have to wait for the new season of Military Makeover with Montel to air later this summer.