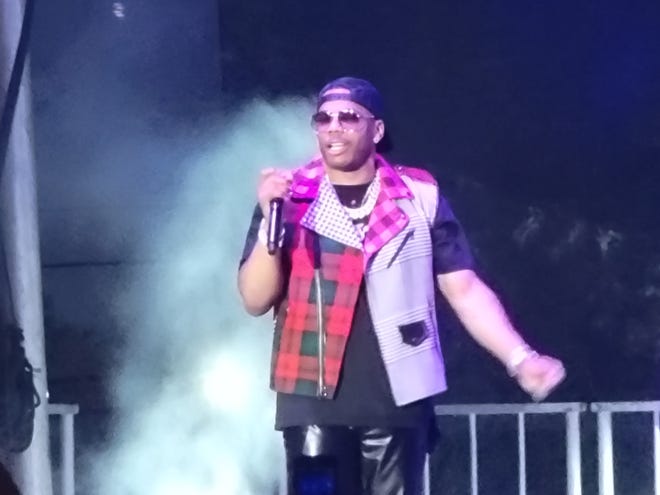 Nelly brought her 20+ years of music to the Monroe County Fair and the crowd of thousands from all over Michigan and Northern Ohio loved it.

Tiffany Stewart from Fowlerville was there with her daughter.

Stewart said she’s been a fan for decades.

All of Nelly’s best hits have been played. Valerie Miles from Toledo was there with tickets she received for her birthday. She said she has been a fan of Nelly since the early 2000s.

Several thousand people filled the bleachers and parade grounds, enthusiastically enjoying Nelly’s music. As the long sunset turned into a warm, cozy summer evening, music filled the fairgrounds. The light show eventually mixed with the lights of the various carnival rides, which continued to operate late into the night.

Mia Evans of Monroe said she has been a fan of Nelly “for as long as I can remember. I have always loved Nelly. I’m having a good time.”

This concert is part of the week-long festivities being held at the 75th Annual Monroe County Fair. The fair runs until Saturday.