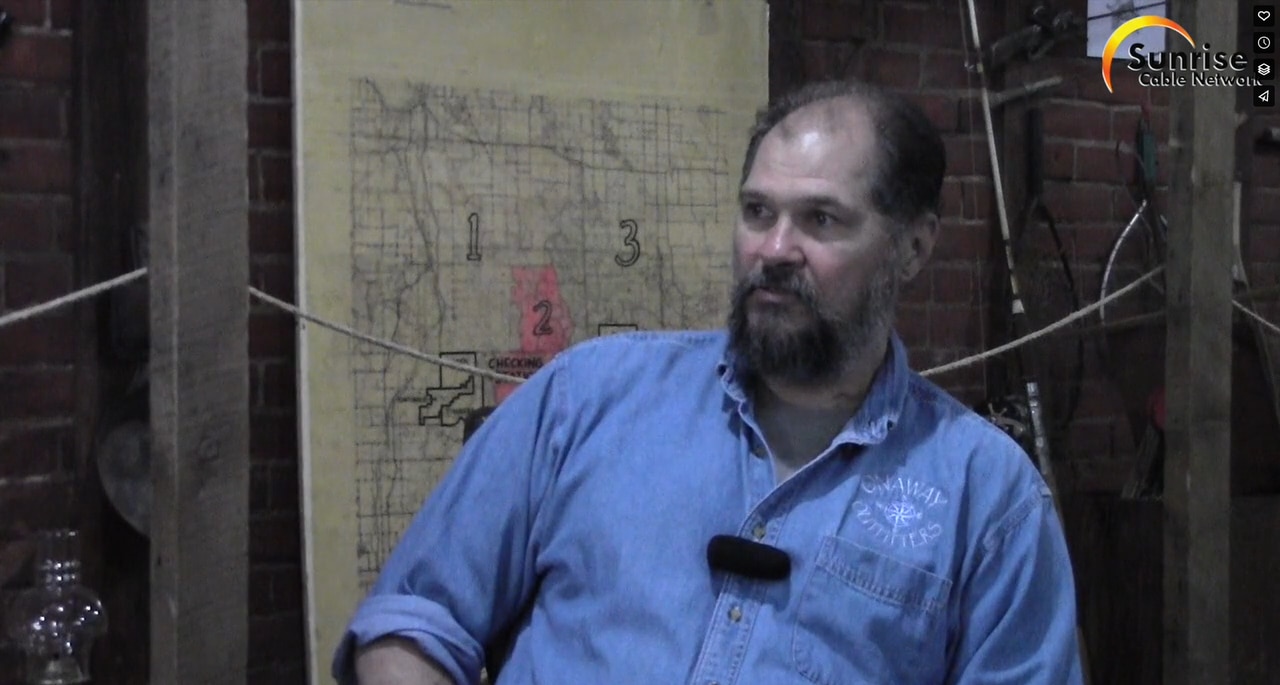 A city council member from rural northern Michigan is the only one elected among hundreds of Michiganders found to be members of the Oath Keepers, a far-right militia that played a central role in the attack on the US Capitol last year.

But Roger Marsh, who was elected to Onaway Town Council last November, said he had only paid his dues once – at least six years ago – and was only not an active participant as the group rose to extremist prominence.

“I signed up, then I just forgot. I never really paid attention,” Marsh, 65, told MLive.

Onaway is a city of 890 people, according to the 2020 census, located near the tip of Michigan’s Lower Peninsula. Marsh’s membership was uncovered by the Anti-Defamation League, a Jewish civil rights organization that analyzed a 2021 leak of Oath Keepers records.

The researchers identified 855 Michiganders among 38,000 people who paid for a membership at some point. They include Marsh, four people in law enforcement, three first responders and two in the military. ADL spokesman Jake Hyman, who first spoke to MLive about Marsh, said he could only share the names of elected officials.

The ADL describes Oath Keepers as “right-wing, anti-government extremists who are part of the Militia movement, which believes the federal government has been co-opted by a dark conspiracy trying to disenfranchise American citizens.”

But Marsh, one of 81 elected officials or candidates identified nationally by the ADL, takes issue with being equated with people labeled as extremists.

“I don’t belong to a militia, I never belonged to a militia,” he said. “I do not belong to any group advocating violence in any form. To be painted with this brush I find very irresponsible and boring.

The ADL notes in its report that a person in the database does not prove that they are an active, full-fledged oath-keeper who swears by all the views of the group: “Before take any action based on this information, an individualized assessment of the individual must take place.”

Marsh said he couldn’t remember how he heard about the Oath Keepers, but he was a police officer when he joined. He said he agreed with the group’s “original intent” that people who take the “oath of office” – such as police, soldiers and first responders – should refuse orders that violate the constitutional rights of citizens.

He remembered his membership package containing a map, bumper stickers and a DVD. One of the videos, Marsh said, showed Ohio National Guard troops refusing to follow orders to remove people’s guns while heading into hurricane-affected homes.

“I will not deny my membership in Oath Keepers. I’m not going to denounce him. I’m not ashamed of it,” said Marsh, a former Marine who spent 8.5 years as Onaway’s police chief and now owns a local sporting goods store.

“But again, I was never even contacted by anyone from Oath Keepers after I signed up.”

He also said his membership in Oath Keepers did not influence his actions on the town council, and that was something he hadn’t thought about in years.

The group gained national attention for allegedly helping plan the January 6, 2021 attack on the United States Capitol. Founder Stewart Rhodes is among at least a few dozen oath keepers arrested and charged in the riot, including some for seditious conspiracy.

Although he believes the Jan. 6 attack was “grossly misrepresented”, preferring to call it a “protest”, Marsh said he would not have participated in it and does not support “any kind of violence or violence.” ‘extremism”.

“The country we live in today is not the country I served, and I’m very disheartened by that,” Marsh said of the growing political extremism. “But go get an AR and decide, ‘Yeah, me and the other Oath Keepers boys gonna storm anywhere and right the wrongs? No, nothing like that. It’s ridiculous.

Breanna Sharp, 13, died in a stairwell. No one has reported him missing. No one seemed to care.