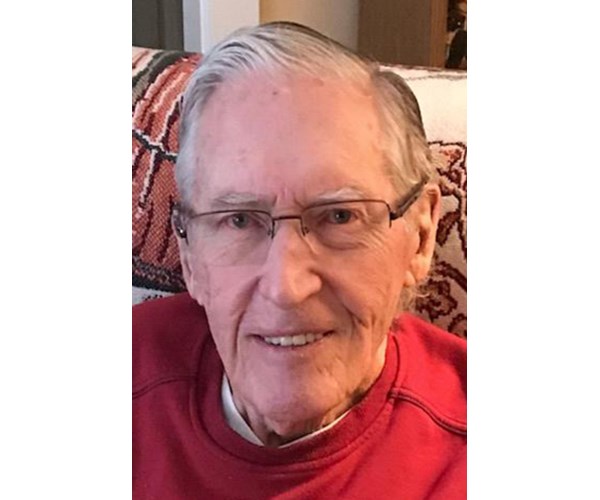 Charles Edwin Herman, 90, most recently of Michigan City, Indiana, and previously of Hinsdale, Illinois, and Lathrup Village, Michigan, passed away peacefully on October 23, 2021.

Chuck was a professional writer and lively storyteller who preferred immediate action to theories and plans. This bias has taken him to all kinds of interesting places, conversations, jobs, and experiences.

The original receipt from Woman’s Hospital in Detroit showed that Alice (Boyle) Herman, her husband Rudolph Herman, was admitted at 3:20 a.m. on April 24, 1931, and that Baby Boy Herman was “admitted” at 5:40 a.m. in barely two hours. and 20 minutes later. He loaded in everything that way. Eleven days later, the total bill was $ 111.10, which he thought was a great deal, although he admitted that his opinion may have been swayed by his involvement.

Over the next 13 years, he was followed by four brothers and one sister, Tom, Jack, Bill, Fred and Alice. He grew up in Grosse Pointe and St. Clair Shores, Michigan, attended De La Salle High School in Detroit, Holy Cross College in Worcester, Massachusetts, and Jesuit Seminary in West Baden, Indiana, where he studied Latin and Greek, obtained a baccalaureate. and an MA in Philosophy from Xavier University, and taught at Loyola University in Chicago.

Chuck left the Jesuits after eight years, but never ceased to be a teacher, always ready with an anecdote, or for those close to him, just a familiar and guiding punchline. He found work as a speechwriter at Jam Handy in Detroit, which suited him as he always had something to say. A few years later he moved to public relations and government affairs for Ford Motor Company at world headquarters in Dearborn, Michigan. There he met his wife, Patricia Anne (Kuhary) Herman, from Dearborn, and made such an impression on their first date that she came home and told her mother she was going to marry him. .

They got engaged four months later and married in May 1963. They had three children, Michael (Jill Perkins) of Boise, Idaho, Mark (Amy McIntyre) of Chicago and Theresa (George Uricoechea) of Urbana, Illinois. . In 1977, they moved to Hinsdale, outside of Chicago, when he was appointed Regional Director of Government Affairs, a position he held until his retirement in 1993. They were fortunate to have three grandchildren in the first decade of the new century, Tess Uricoechea, Charlie Herman and Lauren Herman, whom they both loved, appreciated and nurtured.

During his 30 years at Ford, he wrote the plaque that marks Henry Ford’s birthplace, a brochure sent to every Ford shareholder commemorating Henry Ford’s 100th birthday, speeches for Henry Ford II and a 4 page letter that sold 750 cars. He represented the company in 12 state capitals and helped pass life-saving seat belt legislation decades later.

In retirement, Chuck brought Shoreline’s historic Chicago River tour to life, rewriting the old recorded script and training other docents to deliver it live. He was active in the Queen of All Saints Parish. He’s the author of a book on business relations with government, a book on his own favorite life stories, travel and sailing stories, letters to editors (almost always published!) , and most recently a brochure celebrating Duneland Beach.

He grew up sailing on Lake St. Clair and twice raced from Chicago to Mackinac. Eventually, he traveled with Pat to all 50 states, most provinces of Canada, and many places in Europe and the Caribbean. He was a golfer, woodcarver, and household engineer, always fixing and improving things.

He was not put off by a big challenge or long chances. As he once said to Ford executives, “Do I think we can do it? No. But I think we should try.” When they were finally successful, Ford Motor Company’s quarterly report to shareholders showed one-time savings of $ 362 million. This attitude and the support of her family allowed her to continue working – and to overcome her many significant health issues.

He is survived by his wife, children, grandchildren and three younger siblings. Visitations will be on Friday, October 29 at 9:30 a.m. at the Legacy Center of Queen of All Saints on East Barker Avenue in Michigan City, followed by a funeral mass at 11:00 a.m. in the church. Interment will be held on Saturday, October 30 at St. Mary’s Cemetery in Milford, Michigan, in the Boyle family plot, established in 1909.

Thank you to everyone at Dunes Hospice and Memory Care at Residences at Coffee Creek. Donations to the Lewy Body Dementia Association, Mercy Home for Boys and Girls, and Loyola University Chicago are requested in lieu of flowers.

Hopefully everything will be fine again. – Abraham Lincoln