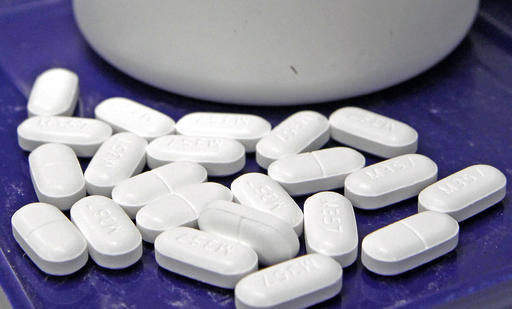 Anyone can stop by between 10 a.m. and 2 p.m. to dispose of tablets, capsules, patches and other solid forms of prescription medication.

Liquids, syringes and illegal drugs will not be accepted.

The Caro station also has a drop box in the lobby where anyone can drop off prescription drugs Monday through Friday from 8 a.m. to 4 p.m.

Here are some prescription drug facts from the National Center for Drug Abuse Statistics:

• 45.8% of American adults have taken a prescription drug — legally or not — in the past 30 days. Health experts generally agree that high usage and availability leads to reported rates of prescription drug abuse, addiction, and ultimately overdose.

• 43.3% of first-time drug users use painkillers while 32.1% use sedatives or tranquilizers.

• 52 million or 18.4% of Americans over the age of 12 have deliberately misused prescription drugs at least once in their lifetime.

• Prescription drug users constitute 5.76% of Americans over the age of 12.

• Less than 1 in 10 addicts abuse drugs in order to get high.

• 2.0 million people, or 11.9% of prescription abusers, are permanently dependent on the prescription drugs they abuse.

• Prescription drugs are the third most used illicit substance after marijuana (with 19.4% of the population using it) and cocaine (with 15.9% using it).

• Prescriptions are the fifth most used substance after alcohol (65.5% use) and tobacco products (26.7% use).