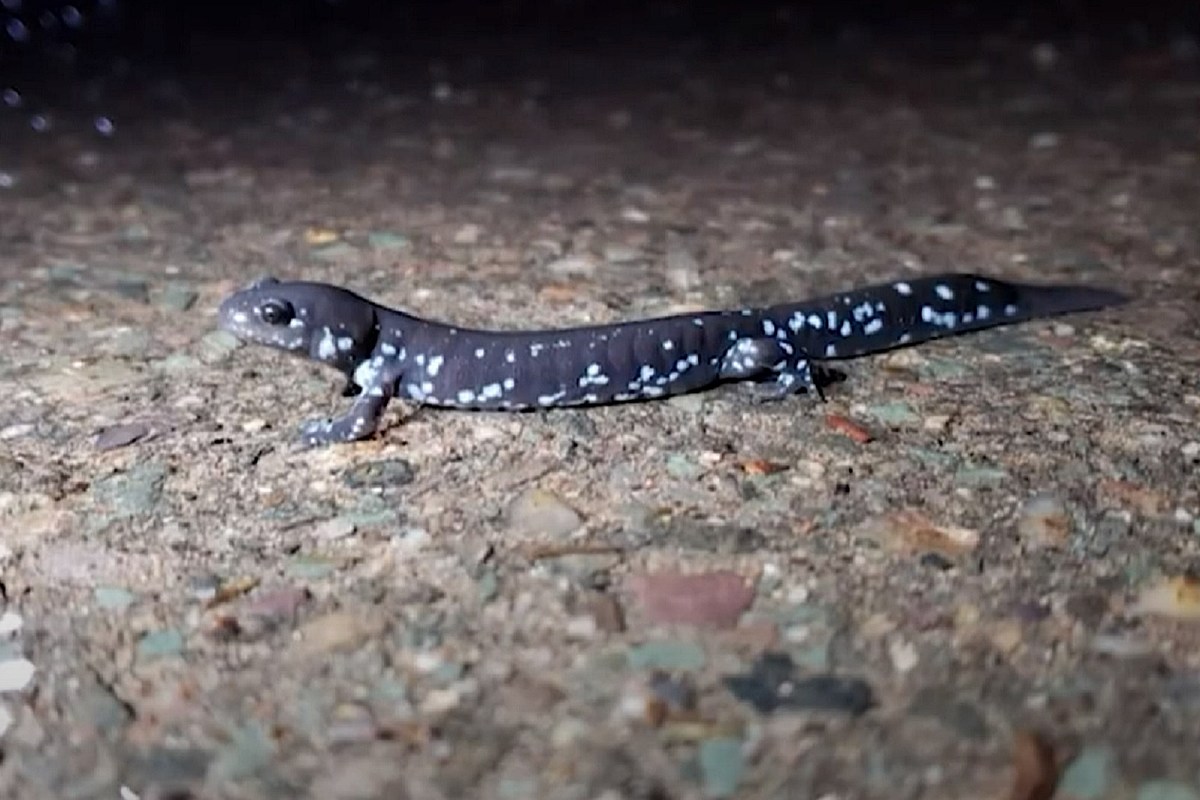 Here in Michigan, we do everything we can to protect the animals that live here. We have deer, bear and elk crossing signs to warn drivers of areas where these animals may cross the road. In 2007, the Michigan Department of Transportation installed a $318,000 fence to prevent migrating turtles from being killed trying to cross US-31 in Muskegon.

Today, a town in Michigan is closing a road to all vehicles in an effort to protect migrating blue-spotted salamanders.

In Marquette, from 8 p.m. to 8 a.m. daily, vehicles are prohibited from using a portion of Peter White Drive in Près Isle Park. During these nighttime hours, migrating blue salamanders could cross the road. The road will be closed daily until April 15 or the migration is complete.

Why did the Salamander cross the road?

Blue-spotted Salamanders move around this time of year to reach their breeding ponds. Some of their travels take them on Peter White Drive. In 2018, Eli Bieri, a former student at Northern Michigan University, took note that hundreds of migrating salamanders were run over — and killed — during this time of year. He was instrumental in the town of Marquette closing part of Peter White Drive during migration season. It took two years, but the city finally closed the road for the first time in 2020. That year, only three blue-spotted salamander deaths were confirmed.

Here is a story about the migration from ABC 10 UP…

9 Animals That Are Surprisingly Legal to Own in Michigan

10 Animals You Can’t Own as Pets in Michigan

Some people really want to have an exotic pet in their home, but it’s very rarely a good idea. And if you’re looking to add a wild animal to your family, check out this list of animals you can’t own as pets in Michigan.

You might even have seen a few in your home or across the state.

6 things to look for in payday loan companies