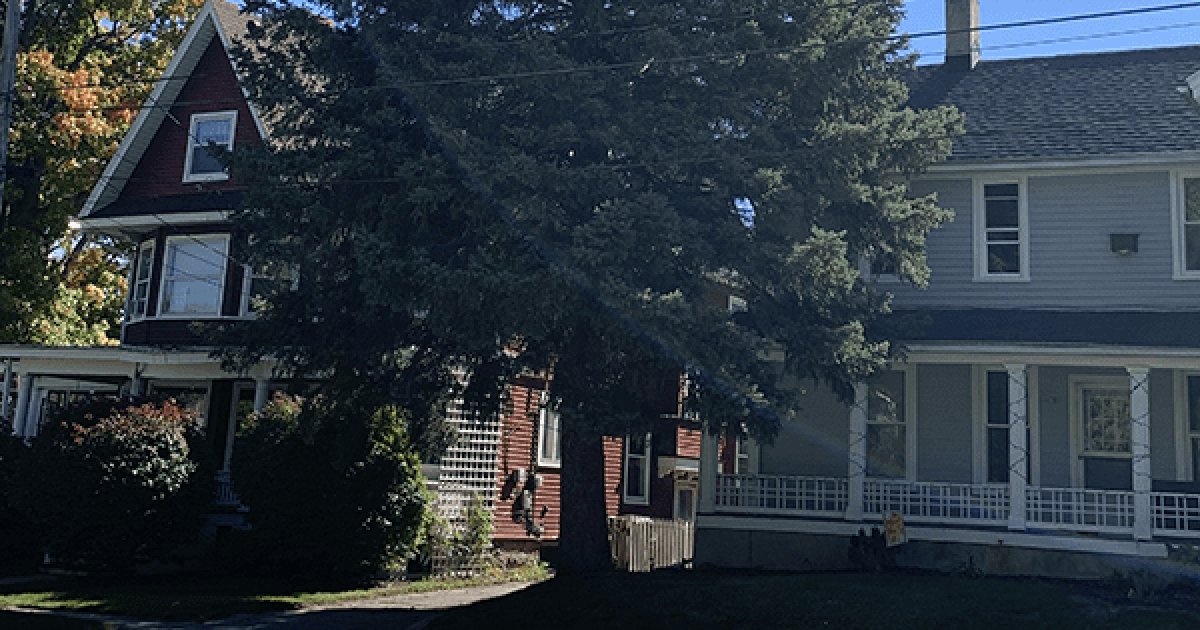 St. John’s Tree will be the official state Christmas tree at the Michigan State Capitol

This year’s official state Christmas tree will make its way from Clinton County to the Capitol building in Lansing next week.

The 63ft tree currently sitting outside a St. Johns residence is the first to be selected in Clinton County. It is the 12th tree on the Lower Peninsula to receive this honor since the tradition began in 1987.

Heath Miller is part of the Michigan Department of Technology, Management, and Budget (DTMB) Christmas tree team. He told WKAR that finding the right tree can be tricky because it has to be a specific height.

“Throughout the year we kind of search on our own, it’s kind of like a fun task for me and my family,” Miller said, “we like to try and find one that might be a potential candidate.”

Miller said the crew prefers any type of spruce or evergreen, but occasionally selects fir. However, spruces are increasingly difficult to find.

“They’re very hard to find and with the diseases that plague trees, many of the ones we’ve seen in the past maybe weren’t tall enough or just started to fill in.” in some areas they are starting to catch diseases,” Miller said.

About 90% of the trees that end up being selected are often found en route to seeing other nominated trees, he said.

Miller had been watching the St. Johns spruce for a few years, but was waiting for the tree to grow to the right height and for the owner’s permission.

“When we were finally able to make contact, they were delighted to donate the tree to the capital to be celebrated for the Silver Bells celebration, and so this year we chose to take the tree,” said he declared.

Mother and daughter, Mary Ann and Caitlin Beck, are business partners and donated the tree. Mary Ann said in a DTMB press release that she purchased the property last spring and the previous owner mentioned the state was interested in the tree.

“It is an honor to be able to call our tree the official state Christmas tree. Caitlin and I are so proud to be a part of this state tradition,” Mary Ann Beck said in the statement. .

The tree will be cut at a harvest ceremony in St. Johns on October 28 and will be unveiled at Lansing’s annual meeting Silver bells in the city event on November 18.