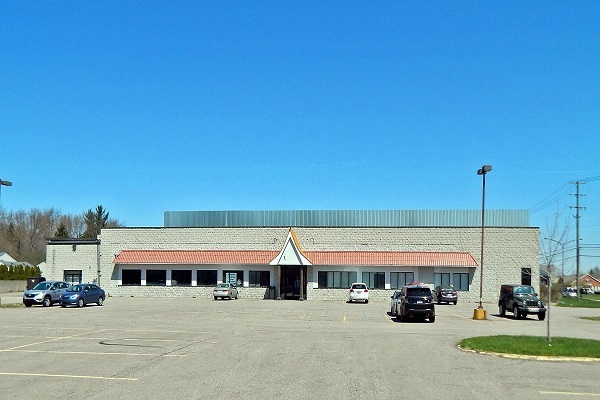 TEHRAN (IQNA) – Members of a mosque and elected officials in Troy, a northern suburb of Metro Detroit in the US state of Michigan, gathered on Saturday afternoon for a ribbon cutting at the Adam Community Center.

However, a federal lawsuit between the parties remains pending after a four-year legal battle.

The building, on Rochester Road, about three-quarters of a mile south of Wattles Road, is the first mosque to be built in Troy.

CAIR-MI lawyer Amy Doukoure said on Saturday that the lawsuits filed by her organization and the Justice Department remain open and the two sides continue to disagree on damages.

“We were able to get an occupancy certificate,” Doukouré said. “They can use it as is as a place of worship and a banquet hall. There are bigger plans in the future to create a more comprehensive community center.”

The center is seeking $1.9 million in damages, she said, including legal fees, lost donations and loss of property equity.

“We are asking for actual damages and we are entitled to damages because they violated a constitutional right and when a government entity does that, they have to pay damages,” Doukoure said.

In 2018, the nonprofit center sued Troy City Council, the planning commission, and members of the zoning appeal board after they unsuccessfully attempted to build the town’s community center, which was once home. around 53 places of worship in its 33.6 squares. one-mile border but not for Muslims, according to the Michigan chapter of the Council on American-Islamic Relations.

The US Department of Justice filed a lawsuit against Troy in 2019, arguing that Troy violated federal religious land use law by denying zoning approval for a mosque. CAIR-MI also sued in 2018.

In March, U.S. District Judge Nancy Edmunds paved the way for the construction of the mosque. Edmunds said the Religious Land Use and Institutionalized Persons Act is intended to protect organizations like the Adam Community Center from discrimination in zoning laws that “hides behind grounds as vague and universally applicable as traffic , aesthetics, or ‘not in accordance with the city’s land use plan.’”

Edmunds added: “Troy argues that Adam was not discriminated against on the basis of his Muslim faith, but makes no effort to refute the government’s case by asserting a compelling interest or disputing that he had less restrictive means.”

Edmunds also prohibited the city or its officials from treating places of worship differently from other groups under its zoning rules.

Troy Mayor Ethan Baker and city officials as well as officials from the Adam Community Center, which has about 150 members, are expected to attend the opening ceremony at 5 p.m.

Baker said Saturday that the city has never objected to the idea of ​​having a mosque or any other place of worship in the city. Rather, he was concerned about security issues on the property and work being done without a permit.

“Despite the ongoing legal actions, I think it’s very important to be here to celebrate this opening with them,” Baker said Saturday before the ceremony.

“I think it’s important to clarify that the legal issues surrounding the mosque had nothing to do with people and religion, but public safety issues,” he said.