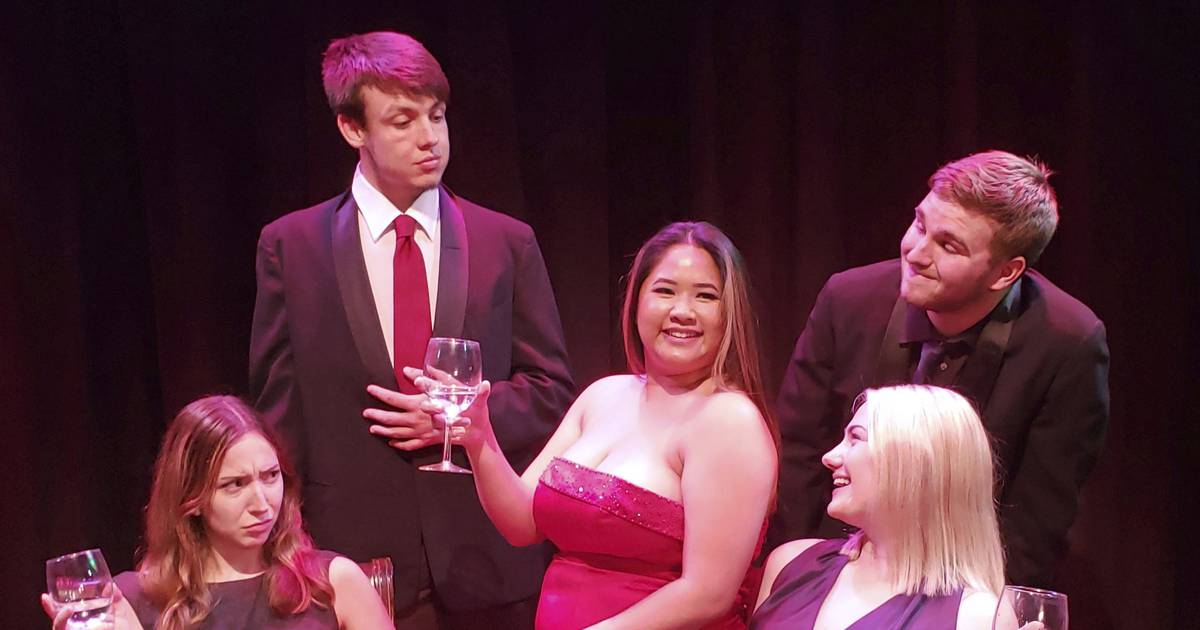 John Kander and the late Fred Ebb collaborated not only on musicals but also on films.

The Canterbury Summer Theater presents ‘The World Goes ‘Round’, a retrospective of the team of composers’ work, July 6-16 in Michigan City.

“I’m a huge Kander and Ebb fan,” said Stephanie Faatz Murry, director of ‘The World Goes ‘Round’ at the Canterbury Theatre.

“I was a musical theater specialist growing up and most of my professional experience has been in musical theatre, so I have always loved their music and the influence they have had not only on the history of musical theatre, but also on American pop culture.

“I don’t think a lot of people realized that songs like Frank Sinatra’s ‘New York, New York’ were Kander and Ebb. It was a huge radio hit. I wanted to dive deeper into their lives and their contributions to the history of musical theatre.

Conceived by Susan Stroman, David Thompson and Scott Ellis, “The World Goes ‘Round” features music by Kander and lyrics by Ebb.

“The show chronicles five actors who play different roles throughout. There’s a bit of something for everyone. There’s love. There’s friendship. There’s status issues and different walks of life, so it covers a wide range of comedies and various moving talking pieces,” Murry said.

“It’s a typical review so there’s no linear book or story that ties it together. The show’s creators do a really good job of transitioning from one piece to the next and logically connecting these pieces together. I think the team that designed the production did a really good job with that.

Kander and Ebb won Tony Awards for Best Original Score for original Broadway productions of “Cabaret,” “Woman of the Year” and “Kiss of the Spider Woman” and a Grammy Award for Best Musical Show Album for the Broadway revival of “Chicago”. .”

“People will be pleasantly surprised to know a lot more about the plays than they realize,” Murry, who was introduced to community theater by her private middle and high school singing teacher, Cheryl Toyama, told New York.

“Kander and Ebb are ‘Cabaret’ and ‘Chicago’ so there’s all the classics from those shows like ‘All That Jazz’, ‘Mr. Cellophane’, the song ‘Cabaret’, ‘Money Makes the World Go Round’ and “Maybe This Time”.

“There are so many numbers that I love. One of my favorites right now is “A Quiet Thing” from “Flora the Red Menace”. It’s one of their lesser-known shows, but the song is actually quite popular on the cabaret circuit.

Murry makes her directorial debut with Canterbury Summer Theater after first meeting Artistic Director Ray Scott Crawford at the 2018 Arkansas State Festival for the Kennedy Center American College Theater Festival where he brought “A Texas Romance” and she brought “Sense and Sensibility”.

“It’s a huge lesson in efficiency because the summer stock across the country is so fast. You do a production sometimes in seven to 14 days, hit it and create a new one the next day,” said Murry, who is an assistant professor of theater arts at Ouachita Baptist University in Arkansas.

“It’s a lesson in how we can create the quality of art we want, but also the timeline we need. It forces you to make a decision and stick to it so you can open on time.

“I like the collaborative process, the fact that you’re not an island. You have a team of artists creating this artwork together. The designer, cast, production crew, and everyone else bring their own vision to the table to help create something that’s unique to the group of artists that’s in the room,” Murry said.

“The world is spinning”

Jessi Virtusio is a freelance journalist for the Post-Tribune.