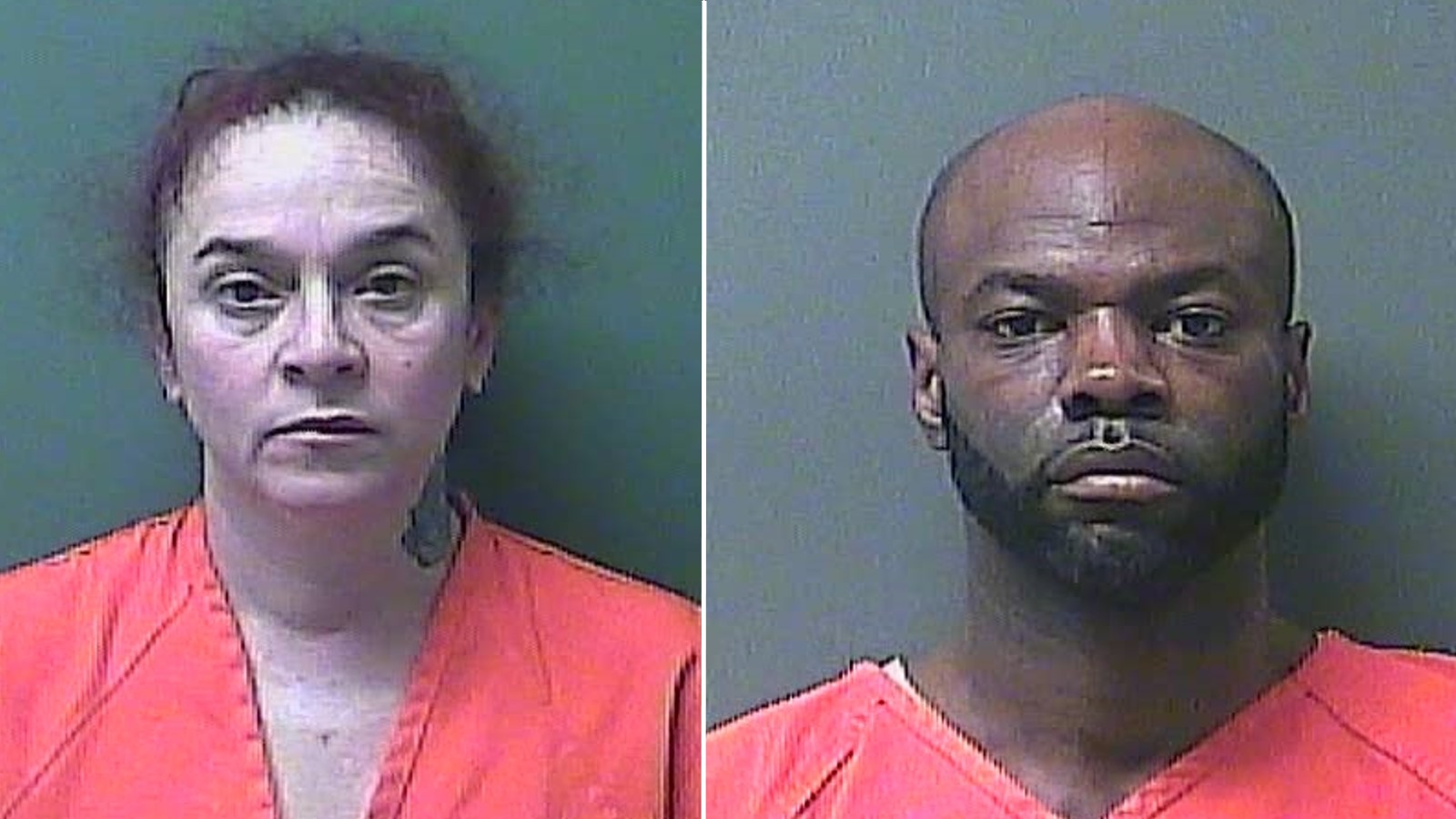 MICHIGAN CITY, Ind. – Two people have been arrested for burglary after they allegedly forced their way into a vape shop and took away several items, the Michigan City Police Department reported.

At 10:15 p.m. Sunday, the LaPorte County Regional Dispatch Center received a call reporting a burglary in progress at a business in the 3300 block of Franklin Street.

Officers began searching the area until a vehicle matching the description given was seen traveling south on Franklin Street.

A traffic stop was carried out in the 4100 block of Franklin Street.

As officers spoke and attempted to detain the driver, identified as Lucy Luna, 54, of East Chicago, the front passenger, later identified as Desmond L. Robinson, 43, of Hammond, exited the vehicle and started running southeast.

Officers pursued Robinson and, with the assistance of a K9 agent, found Robinson in a nearby swamp area.

During the investigation, officers learned that a forced entry had been made at the business and that several valuables had been seized.

Evidence gathered during the investigation led to the arrests of Luna and Robinson.

They are due back in court on April 12.