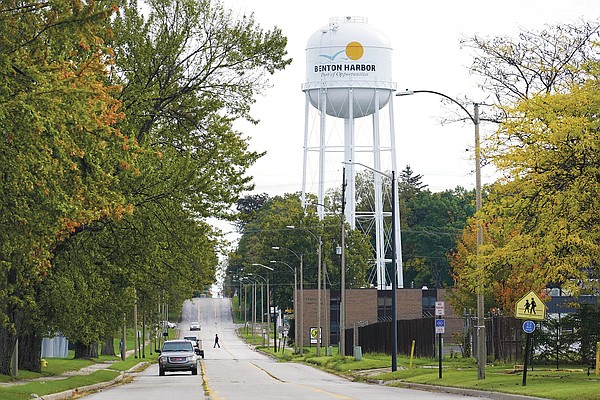 The investigation by the Environmental Protection Agency’s inspector general follows a petition months ago for federal aid from groups that accused local and state governments of dragging their feet after years of high lead readings in city water.

The EPA said in September it was “carefully reviewing” the matter and promised further action last week in a letter to the groups.

Advocates said they welcome the review.

“For years residents of Benton Harbor have been told the water is contaminated and for years we have been ignored,” said the Reverend Edward Pinkney, chairman of the Benton Harbor Community Water Council. “An investigation into what the EPA has and hasn’t done for this environmental justice community is long overdue.”

The oversight office will review the agency’s performance as part of a broader effort to improve service to historically marginalized communities and keep them informed of environmental risks, said Michael Davis, director of the inspector general.

“The expected benefits of this audit are to determine whether EPA can improve the speed at which public health protections are provided to communities facing imminent and substantial public health risks,” it said in an advisory. to Radhika Fox, deputy administrator of the Office of Water, and Debra Shore, manager of Chicago-based EPA Region 5, which includes Michigan.

The EPA will cooperate with the investigation, spokeswoman Taylor Gillespie said.

“No family should ever have to worry about water coming out of their tap, and the community of Benton Harbor is no exception,” Gillespie said. “The EPA is committed to ensuring everyone has access to clean drinking water and to addressing lead in drinking water.”

Lead is a potent toxin that can damage the cardiovascular and reproductive systems and is especially harmful to children, causing low IQ and behavioral problems.

The petition said city and state actions, including controlling pipe corrosion, had been ineffective. He asked the EPA for emergency warnings not to drink unfiltered water, free alternative water sources, and home delivery of filters with instructions on how to use them.

State officials said free filters have been available at Benton Harbor since 2019.

In last week’s letter, Shore said the EPA was overseeing Michigan’s commitment to provide free bottled water in Benton Harbor and was working with state and local officials on other steps, including studies on the origin of domestic lead and on the operation of filters and corrosion controls.

“The EPA will continue to monitor the situation at Benton Harbor and will take further action as necessary and appropriate,” Shore said.

“It is unthinkable that after the crisis in Flint another predominantly black community had to wait years for emergency action to be taken,” she said.