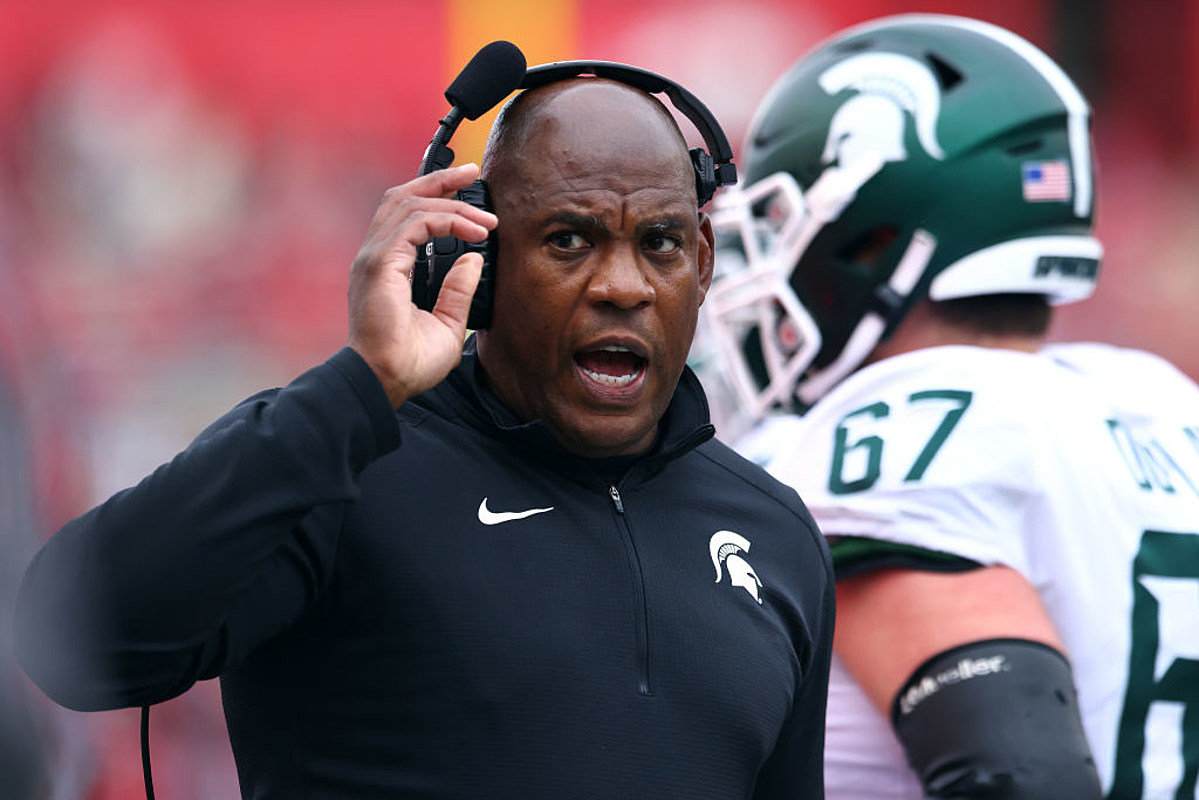 This is pure speculation, but follow me here for a second.

Specifically, let’s head to the LSU House of Tigers.

Ed Orgeron and the university announced on Sunday that he would retire after the season, an announcement that came less than 24 hours after the Tigers beat No. 20 Florida to move to 4-3. As part of the deal, LSU will pay Orgeron the remaining $ 16.95 million on its contract. (ESPN)

Cue Boyz II Men and “End of the Road”.

No harm, no fault. A mutually agreed separation. No drama and it usually happens when you pay off a contract to the tune of almost $ 17 million.

How does MSU coach Tucker fit into this “drama-free” start?

Coach Tucker just arrived at East Lansing two seasons ago. He finished that first season 2-5, but is currently heading into the battle for the Paul Bunyon Trophy on Devil’s Night (October 30) INVALID. How to make a great season without defeat even better?

You beat the Wolverines at Spartan Stadium and remain undefeated.

In your second season.

Right now MSU is ranked No. 9 and Michigan is No. 6. MSU is 7-0 overall with a week off before the showdown on the 30th. The Wolverines are also unbeaten at 6-0 and welcome Northwestern to the Big House this weekend (October 23). If they win this one, it’ll be an unbeaten battle for the state’s greatest bragging rights.

So WHY is Coach Tucker’s name in the mix for the concert at LSU?

Tucker previously coached at LSU in 2000 as the Tigers’ senior defensive back assistant. He has an SEC pedigree having worked as a defensive coordinator under Kirby Smart in Georgia from 2016 to 2018 and previously associate head coach of Nick Saban in Alabama in 2015. He coached the 2019 season in Colorado before seizing the opportunity. at Michigan State after the program parted ways with Mark Dantonio. Tucker is one of the highest paid head coaches in the Big Ten. (247sports)

How much does Coach Tucker earn?

For the record, Ed Orgeron who is leaving LSU has been ranked as the highest paid college head coach (Nick Saban is No.1).

would he go? Will there be an offer?

30 famous people you might not know were college athletes

Stacker dug deep to find 30 celebrities who were previously college athletes. There are musicians, politicians, actors, writers, and reality TV stars. For some, a sports career was a real and promising possibility that ultimately faded away due to injury or some other call. Others made their way into a team and just played for the fun of it and the love of the sport. Read on to find out if your favorite actor, singer, or politician has ever worn a varsity jersey.

LOOK: 50 images of winning moments in the history of sport

Sometimes pictures are the best way to honor the numbers we have lost. When tragedy quickly reminds us that sport is far from the most important thing in life, we can always look back on the winning moment of an athlete who seemed to us larger than life, remaining grateful for their sacrifice. on the ground and bringing joy to millions of people.

Read on to explore the full collection of 50 images compiled by Stacker, showcasing various iconic moments in sports history. Covering the accomplishments of a multitude of sports, these images depict stunning personal accomplishments, team championships and athletic perseverance.

CHECK IT OUT: 100 sports records and the stories behind them